A state of emergency is stretching into its fourth day in St. John’s, N.L., today as Armed Forces personnel prepare to help the city dig out from an unprecedented snowfall.

Eastern regions of Newfoundland have been paralyzed since Friday when a major blizzard brought down record-breaking amounts of snow, with over 76 centimetres falling in a single day in the capital amid winds gusting over 150 kilometres per hour.

Premier Dwight Ball asked for Ottawa’s help on Saturday after residents of the Avalon Peninsula awoke to drifts that clogged roads and blocked doors.

The Canadian Armed Forces says it deployed 100 personnel from Fredericton Sunday and expected between 150 and 200 people on the ground by Sunday evening. 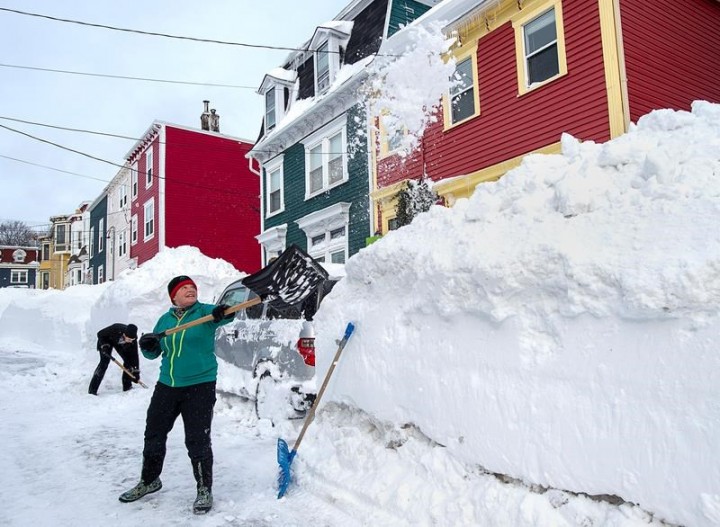 Some neighbouring communities lifted states of emergency during daytime hours starting Monday, but the provincial capital’s remained in place, ordering businesses closed and people off the streets with exceptions for gas stations and private snow-clearing contractors.

With a second snowfall on Sunday night, the city advised pharmacies would be closed Monday, updating later to say some may be allowed to open for prescriptions.

People lined up Sunday at convenience stores and gas stations that opened despite the state of emergency, selling food, cigarettes and other supplies.

A search was to continue Monday for 26-year-old Joshua Wall, who was last seen leaving his home in Roaches Line on Friday to walk through a wooded area to a friend’s home in nearby Marysvale.

The RCMP says the Avalon North Wolverines Search and Rescue would focus Monday on areas off the trail where it’s believed Wall was travelling on foot from his home.