A couple that were on their way back home to Saskatchewan after vacationing in Kelowna may have narrowly avoided a tragic accident in Alberta that has claimed the lives of three people.

Dore Germo said that he left Kelowna with his wife on Monday after visiting with some friends. 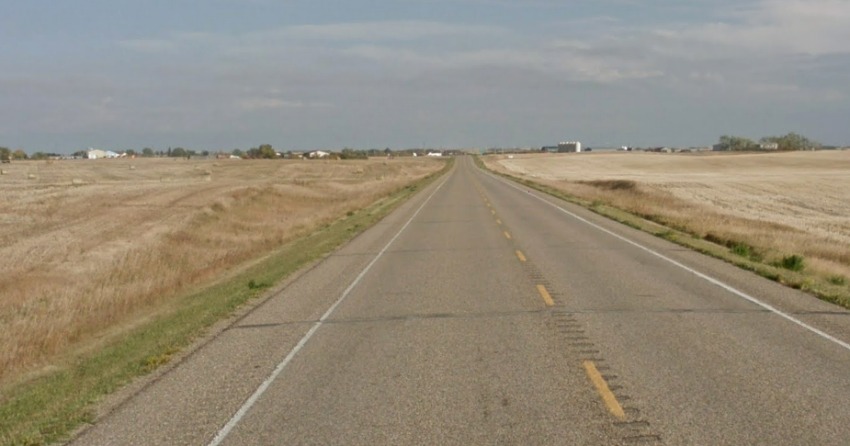 On their trip home, they made a pit stop in Hanna, Alta. to get fuel and stretch, just 80 kilometres away from the scene of a 10 vehicle collision.

RCMP said that the crash took place between Chinook and Cereal, east of Calgary. The crash involved three semi trucks and seven vehicles.

Police said that one of the semi trucks carrying fuel ignited, causing several vehicles to catch fire. One other truck was carrying butane.

Germo described seeing smoke as they approached the area, but assumed it was a grass fire ahead. Then, they came upon flashing lights and sirens.

He said that a police officer came running down the middle of the road yelling for them to get out.

The couple was sent to a rural side road around the scene, and from there they could see a tanker truck and burned vehicles through the smoke.

“It was quite a sickening kind of empty feeling once you realized that — yes — those are people just going about their day and travelling somewhere,” Germo said.

“It kind of looked like a bomb had gone off because there were these burnt out vehicles and it was very eerie. The first thing you think of is those poor families.”

RCMP said that the investigation into the collision is expected to be lengthy, and will likely take several weeks to complete.

Victim services is providing support to people involved in the crash.

-With files from The Canadian Press.