Canada is extending the use of quarantine hotels for international air travellers another month, and considering whether it needs to do more to stop COVID−19 cases from getting into the country from abroad.

Prime Minister Justin Trudeau said that could include barring incoming flights from specific countries, such as India, even as he defended his government’s actions on the border as effective Tuesday.

"We are continuing to look at more and I have asked our officials to look carefully at, for example, what the UK has done very recently on suspending flights from India," he said.

The UK is adding India to its "red list" of countries from which it bars incoming flights. Only British citizens arriving from one of the 40 countries on the list are permitted entry, and they must go to quarantine hotels for 10 days. 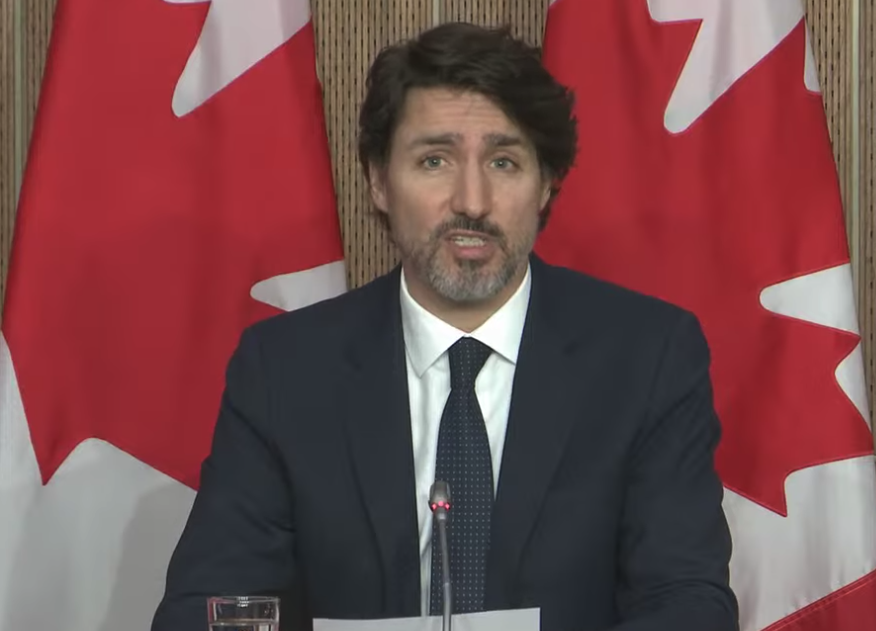 India has reported more than 250,000 new cases of COVID−19 daily this week. Its hospitals are full and the death toll is piling up. Doctors are investigating whether another new variant, known as B.1.617, may be part of the reason.

Last December, Canada suspended flights from the UK for just over two weeks due to concerns about the COVID−19 variant that first emerged there.

Data on flights with positive cases in the last two weeks show 117 flights arrived where at least one passenger tested positive, and 29 of them originated in Delhi. Another 20 arrived from US cities, and 24 from Europe.

Canada currently requires all air passengers arriving from outside the country to spend up to three days in an approved quarantine hotel pending a COVID−19 test result.

Those rules, which also require COVID−19 tests before boarding an international flight to Canada, and for people arriving at land borders, were extended another month to May 21, Trudeau said.

Ontario put up checkpoints at borders with Manitoba and Quebec this week, seeking to turn away non−essential travellers who don’t live in the province.

Nova Scotia Premier Iain Rankin said Tuesday he wants everybody to stay out of his province unless they live there, invoking a ban on incoming travellers who aren’t Nova Scotia residents or essential workers.

British Columbia is looking at roadblocks at ferry terminals or highways in and out of Vancouver to discourage recreational travel within the province.

Trudeau also said Tuesday he will get the Oxford−AstraZeneca vaccine at an Ontario pharmacy as soon as an appointment is available. Trudeau and Deputy Prime Minister Chrystia Freeland became suddenly eligible when Ontario lowered the age to get an Oxford−AstraZeneca shot at a pharmacy to people 40 years old and up.

Alberta, British Columbia and Manitoba have also dropped the age eligibility to 40. Quebec announced Tuesday it will start offering the Oxford−AstraZeneca vaccine to those 45 and over starting Wednesday. All provinces had previously been limiting the vaccine to those over 55, while health experts looked into the risk the vaccine posed for blood clots.

Health Canada said last week it is investigating evidence of a possible link between the vaccine and an exceedingly rare blood clot disorder. The regulator said that the risk is extremely low. It also said the vaccine is very effective and still safe for all adults.

On Tuesday, New Brunswick confirmed its first case of a patient experiencing blood clots after receiving the Oxford−AstraZeneca vaccine. The person in their 30s received the vaccine in mid−March, was treated and has recovered.

The National Advisory Committee on Immunization was to have a briefing Tuesday to update its advice on how the Oxford−AstraZeneca vaccine should be used, but suddenly cancelled it minutes before it was to begin, with no explanation.

Several provinces didn’t wait for NACI to adjust its advice, and lowered the age limit as hundreds, if not thousands, of doses moved toward their expiration date and not enough people over the age of 55 were booking appointments.

Trudeau told pharmacists during a virtual meeting Tuesday morning that his office is still working out the details, "but I look forward to having a pharmacist give me my vaccine as soon as we can secure an appointment in the proper processes."

"We’ll keep you posted on it," he told them.

Freeland, at the same meeting, said she dispatched her children to use their technology skills online to find her an appointment.

"My daughter said we’re on a waitlist so I have to check on that after this," she said. "But as soon as I can I’ll get mine too and I hope at a local pharmacy."