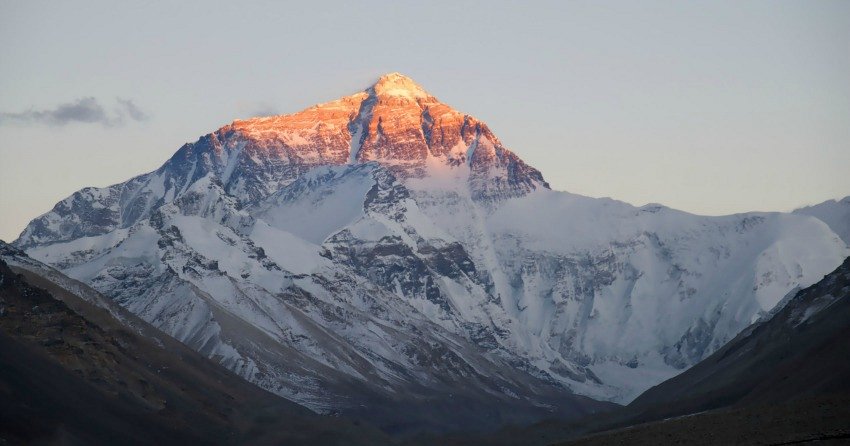 Start your day off right with five things you need to know this morning.

Five things you need to know

A number of new studies resulting from samples collected from an expedition on #MountEverest show how the impact of #climatechange and human activity has exacerbated #environmental problems in the areas. pic.twitter.com/WrmUCM1XXo

A number of new studies resulting from samples collected from an expedition on Mount Everest show how the impact of climate change and human activity has created environmental problems A total of 19 high elevation samples were collected, 11 were found in the snow at Everest Base Camp and high into the Death Zone near the mountain's summit. Another eight samples were procured from stream water

Quebec landlord Cominar Real Estate has filed three eviction notices against the Hudson’s Bay Company (HBC) for failing to pay millions of dollars in rent since April in three mall locations. Similar legal notices have been filed against HBC across Canada.https://t.co/Zup1MCC3OW

The Hudson's Bay Company (HBC) suddenly stopped paying rent during the pandemic, and said that the issue of unpaid rent is not an indication of any financial distress. Over the last eight months, HBC hasn’t paid any rent at all to eight landlords in Ontario, Quebec, British Columbia and Florida, according to legal filings.

3. First round of Americans could receive COVID-19 vaccine as soon as December 11

Dr. Moncef Slaoui, chief scientific adviser of Operation Warp Speed, says first Americans could receive a Covid-19 vaccine by December. "So I would expect, maybe, on day two after approval ... hopefully the first people will be immunized across the United States." #CNNSOTU pic.twitter.com/UvQpPi0pl9

Dr. Moncef Slaoui, the head adviser of the US government's COVID-19 vaccine effort, said that the first Americans could receive vaccinations by December 11.

4. Canada and the UK announce transitional trade agreement ahead of Brexit deadline

The UK and Canada have agreed a deal to continue trading under the same terms as the current European Union agreement after the Brexit transition period ends, in a relief for businesses fearing high tariffs. https://t.co/kSPG7N9cF7

NEW: Last major effort by the Trump campaign to derail Pennsylvania’s vote certification has failed in court. The judge said allegations of fraud were “unsupported by evidence” and likened one of Trump’s legal arguments to Frankenstein’s monster: “haphazardly stitched together.”

US District Court Judge Matthew Brann dismissed a lawsuit on Saturday filed by Trump's campaign in Pennsylvania. Brann said the campaign had failed to provide evidence of widespread voter fraud in the state but had instead presented the court "with strained legal arguments without merit and speculative accusations."