Canada 150: 15 Moments that made us proud to be Canadian

To celebrate Canada’s 150th anniversary, KamloopsBCNow is shining a light on our amazing country. In the weeks leading up to July 1st, we will be releasing articles on the best Canada has to offer. Get ready for some useful information, beautiful photos and, of course, some laughs.

What is it about being Canadian that makes you proud? Although many of us may not know all there is to know about our country, it doesn’t change the fact that most of us feel a deep sense of pride towards this beautiful land and its inhabitants. As a nation we have our disagreements, but we also have the things that unite us, and it’s more than hockey, beer, and a love for our precious moose (although there’s absolutely nothing wrong with those things).

As we celebrate 150 years as a nation, we can look back on our history with a mixture of both pride and remorse. No nation is perfect, and Canada has had its fair share of mistakes that we need to acknowledge and learn from, but we also have some golden moments. Moments worth remembering and celebrating. So, to all our fellow Canucks, time to put on that toque, place a hand to your heart and stand tall as a proud Canadian. 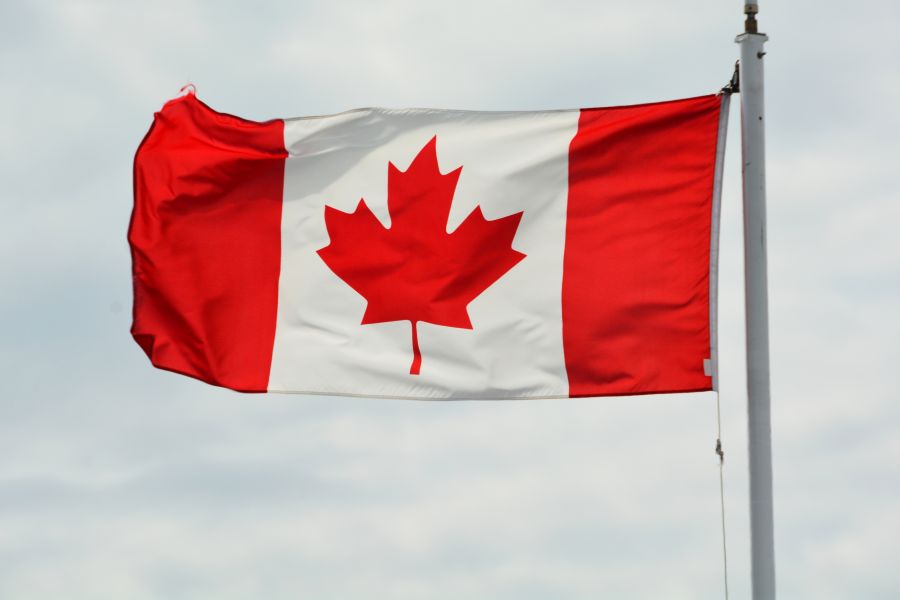 The Charter of Rights and Freedoms / The Constitution Act

Emerging from the human rights movement that followed WWII, The Charter of Rights and Freedoms was created and signed into law in 1982. If you forget what you learned about it in your high school history class, here’s the deal. The Charter ensures the rights and freedoms of every individual, and paved the way for Canadians to build a nation that protects our multicultural heritage and a constant striving for equality on every front. If you haven’t, it really is an incredible document and worth checking out. 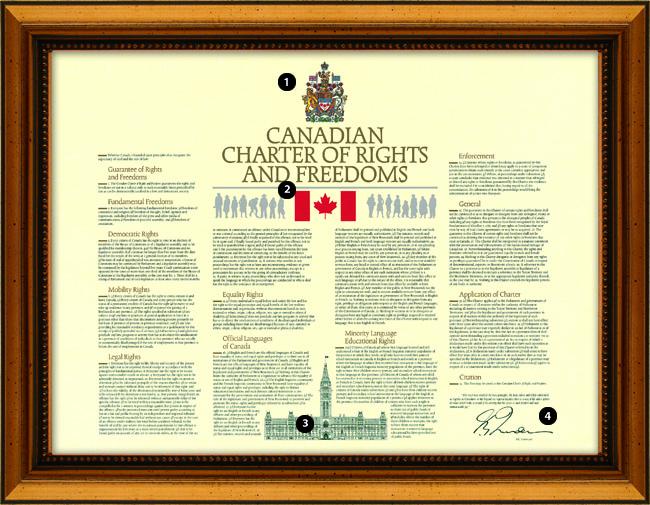 In many ways, Canada has been a global leader in areas of human rights. On July, 2005, we became the first country outside of Europe (and fourth in the world) to legalize same-sex marriage nationwide.

In 2002, after the first Canadian soldiers were killed in Afghanistan, the fallen soldiers were driven down a stretch of Ontario’s Highway 401 running from Trenton to Toronto. Thousands lined the overpasses in a grassroots movement to show respect to the soldiers and their families. Since then, the section has been officially renamed the Highway of Heroes in honour and remembrance of Canada’s fallen soldiers. There is also a project to plant 117,000 trees along the highway, one for every Canadian soldier who has lost their life in the wars since Confederation.

At just 18 years old, Canadian hero Terry Fox was diagnosed with bone cancer and had his right leg amputated above the knee. Looking past his own illness and overwhelmed by the suffering of the other cancer patients he met during treatment, he decided he would run across Canada to raise money for cancer research. He ran a marathon a day (42 kms) for 143 days, completing 5,373 kms and building a legacy that remains strong today. Terry was forced to stop running when the cancer spread to his lungs, and he passed away at just 22 years old. Since then, over $650 million has been raised worldwide in his name.

The invention of peanut butter

A big thank you goes out to Marcellus Gilmore Edson for the invention of this delicious substance in 1884. You’re welcome world. 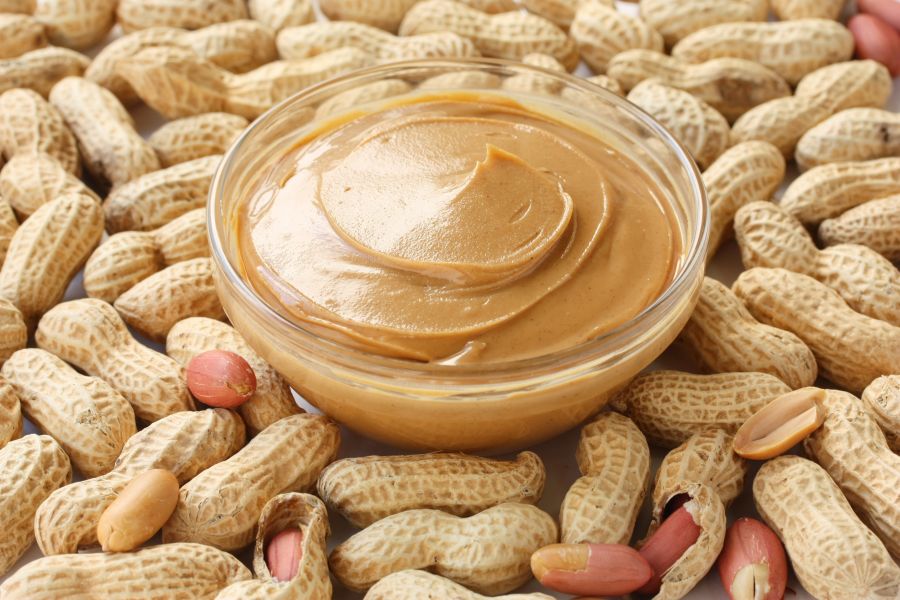 Okay, this isn’t a moment in history, but they deserve a mention nonetheless. When you think of Canada, baseball probably isn’t the first thing to come to your mind, but that may just be what makes the Blue Jays great. As Canada’s only Major League Baseball team, they make us proud every time they step out onto that field.

That feeling when you realize #BlueJays baseball is back! #LetsRise

At the opening of a Nashville Predators vs. Toronto Maple Leafs hockey game, the anthem singer's mic cut out in the middle of The Star-Spangled Banner. However, instead of the awkward moment that could have followed, the Canadian crowd picked up where she left off and finished off their opponents anthem. Does it get any more Canadian than that?

Often referred to as “Canada’s house band,” The Tragically Hip have been a staple in Canadian music for years. Giving us 14 studio albums full of lead singer Gord Downie’s lyrical genius, they are widely respected and loved by our nation. Last year, Gord Downie was diagnosed with terminal brain cancer, but that didn’t stop him from doing a final Canadian tour. Their final show, in their hometown of Kingston, Ontario, was streamed live and ad free on the CBC network, with almost 12 million people tuning in to pay their respects to one of Canada’s greats. To put that in perspective, that’s about one-third of the nation's population.

A beautiful moment. What is your favourite memory from #cbcthehip ? From @cbcnews : A little more Hip can't hurt. Here's another moment from Saturday night's concert in Kingston, Ont. #cbcnews #tragicallyhip

The Battle of Vimy Ridge

Often credited as the birthplace of Canadian pride and identity, the Battle of Vimy Ridge in the First World War still stands as Canada’s most celebrated military victory. All four divisions of the Canadian Corps came together for a four-day attack on Vimy Ridge in France, ending with the capture of the German army. More than 10,500 Canadian soldiers lost their lives or were injured in the assault, and today a white memorial sits on top of the ridge in memory and honour of their sacrifice.

Beautiful image from @danodonel to mark #Remembrance Day from Vimy Ridge: "Took a walk on the ridge. Remembering all who should never be forgotten!" #vimyridge #france #lonetraveler #remebranceday #canada #canadianforces

Last year we followed through on the promise to resettle 25,000 Syrian refugees within our borders and provide a chance for a new life. That number has since risen to 40,081 as of the end January this year, and the #WelcomeToCanada hashtag is a beautiful glimpse into the movement.

We all need a little inspiration every once in awhile, especially during times turmoil. In the midst of America’s last election, with a whole lot of negativity flying around, one Canadian company decided to give our neighbours to the south a little boost. Thus launched the “Tell America It’s Great” campaign, which essentially served as a very Canadian pep talk.

The iconic Canada-Russia series in 1972 was about so much more than just hockey. It served as a representation of the two conflicting societies and political systems–in the middle of the Cold War. The fact the Canada won is, of course, worth celebrating, but so was the glimpse into the eye of what we perceived as our enemy. It served to break down barriers as we saw people just like us, who simply love the game of hockey.

Leonard Nimoy was an American actor who was most famous for his role as Spock in the Star Trek franchise. When he passed away in 2015, Canadians took to “Spocking” our five dollar bills, transforming the face of Sir Wilfrid Laurier to that of Nimoy with just a few pen strokes.

Regardless of your opinion of our Prime Minister Justin Trudeau, his 2015 mic drop was pretty memorable. He promised a gender-balanced cabinet, the first in Canadian history, and he promptly delivered. When asked why is was so important to him, Trudeau responded with the infamous, “Because it’s 2015.”

The Vancouver 2010 Olympics brought Canada together in a way that felt almost tangible. Hockey fan or not, you couldn’t help but burst into a fit of patriotism when both our men’s and women’s hockey teams beat the U.S. in their gold medal games.

What are some of your proudest Canadian moments? Share in the comments below!

Thu
10℃
Make Homepage Advertise with Us

Move to Canada? A pipe dream for some Americans is a parachute for Canadian expats

Suspect in double homicide in Calgary believed to be in BC