Man Gets 16.5 Years in Jail for Shooting Kamloops Mountie

The man who shot a Kamloops RCMP officer has been sentenced to 16.5 years in jail. 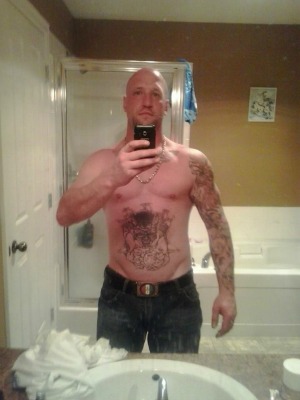 Michaud, his wife, and several members of the Kamloops RCMP were in attendance as Crown lawyer Colin Forsyth read the statement of facts. 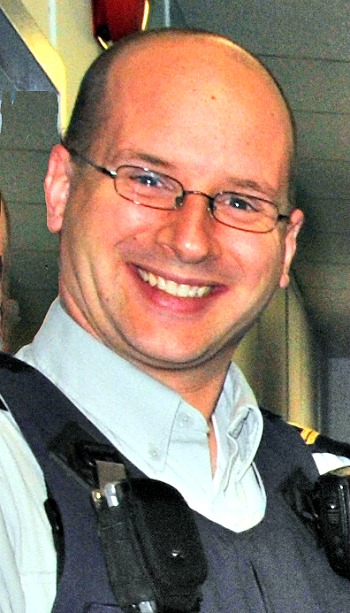 After pulling over a vehicle suspected to be involved in drug trafficking, Cpl. Michaud approached the vehicle from the passenger side.

After passing the back end of the vehicle, shots were fired from the driver’s seat through the rear-passenger window at Cpl. Michaud.

Cpl.Michaud collapsed onto his stomach.

Cst. Steve Marcil, who was in a cruiser behind Cpl.Michaud’s vehicle began to shoot at the suspects, breaking the rear window in the process.

A 12-hour man hunt ensued. Police were able to locate the vehicle with the broken rear window at a residence on Raven Dr. Knutson was arrested around 3:30 p.m. at another residence on Grassland Blvd.

Michaud was struck with six bullets – one to his left elbow and one to his abdomen, others hit his bullet proof vest but did not make contact with his body.

Since the incident, Michaud has undergone 12 surgeries. He returned back to work in January in a part-time administrative capacity.

“We respect the courts sentencing on the decision,” said Supt. Brad Mueller at a media conference after the sentencing. “Sixteen and half years represents a significant period of incarceration for a serious offence.

“Today we heard in the courts that this type of violence targeted to anyone in the community certainly is alarming, but when it is targeted towards a police officer, it strikes to the heart of the community and today we felt that sentencing was just,” he said.

Although Cpl. Michaud did not speak to the media on Thurdasy, Supt. Mueller shared a message written by Cpl.Michaud with the media.

"As I've stated in the past, I want to thank the community of Kamloops and the people across the country for the support that has been shown to myself and my family. We are happy to be moving forward in our lives from this and today will make it that much easier to do so.”

Supt. Mueller says Cpl.Michard hopes to transition to full-time administrative work next month, however, a return to full operational duties is unknown.