'Tree Killer': Graffiti vandals cause over $30K in damage to excavator north of Kamloops

Barriere RCMP is investigating after an excavator was badly damaged while parked on Knouff Lake Road.

According to police, the criminal act was likely carried out sometime during the late evening on Wednesday or the early hours of Thursday. The suspect, or suspects, caused massive damage to the John Deere. Numerous wires and hoses had been cut, drilling was done into metallic parts, and dirt was shoved into the equipment's air intake.

The vandals also spray-painted profanity all over the body of the excavator and the phrase "Tree Killer" on the machine's window. 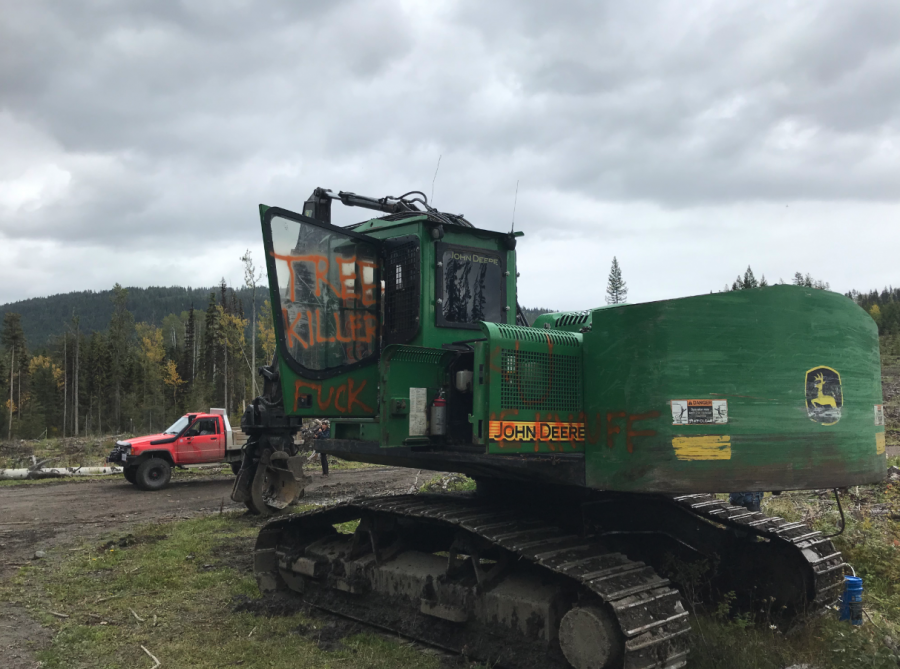 The owner of the excavator told police that he had been contracted to perform ditch and culvert clean-up in the area. He happened to park it in a clearing where logging had taken place previously so it wouldn't block the roadway.

The man mentioned that the area had experienced protests over the logging being done at Knouff Lake. He believes that the people responsible for the incident mistakenly thought he was involved in the logging industry.

"We believe that whoever is responsible likely had a strong familiarity of the working components of these types of heavy machinery, which allowed them to cause maximal damage," said Cpl. Rob Welsman. "Unfortunately this careless act resulted in a leak of fluids onto the ground which also caused soil contamination concerns. Damages are estimated to be upwards of $30,000 to repair."

Sun
27℃
Make Homepage Advertise with Us

UPDATE: Distraught man dies after engaging in standoff with police

Family dog missing after falling over waterfall in Lynn Canyon

How N.S. mass shooting could bring law that makes abusers’ tactics a crime