A strange and dangerous incident earlier this week led to some serious traffic issues on Hwy 97 in Prince George.

Local RCMP was called to the scene after a two-vehicle collision on Hwy 97 and Houghtaling Road on Tuesday, June 30.

According to witnesses, a car t-boned a full-size pickup truck and continued to push the larger truck across three lanes of highway and over the curb.

The crash led to a physical fight between drivers, who police believe are known to each other.

According to an RCMP release, the investigation indicates that the car deliberately crashed into the truck because of a dispute between the two drivers. 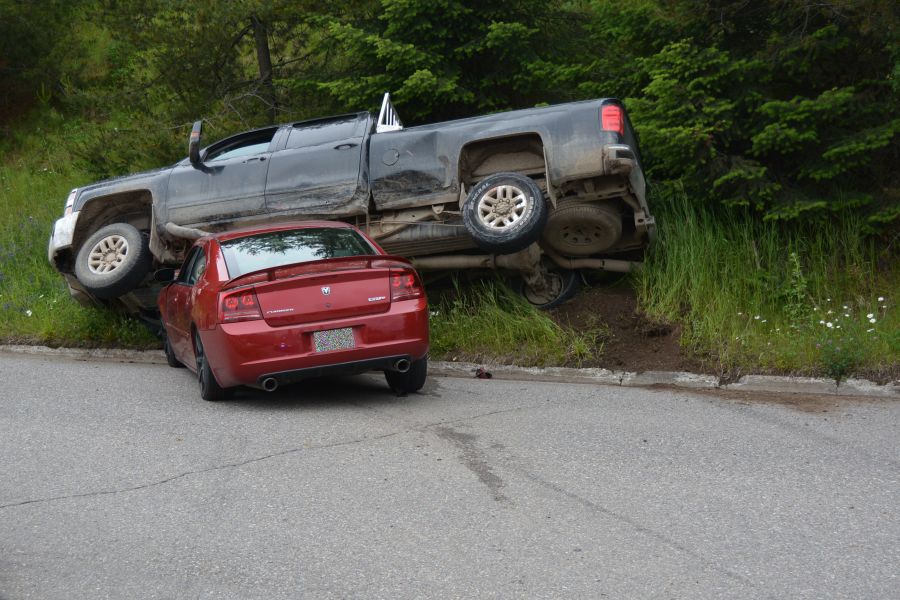 The driver of the car who initiated the crash, 39-year-old Brandon James Peters of Prince George, was arrested while trying to walk away from the scene.

He was held overnight for virtual court and was released on strict conditions, which includes no contact with the occupants of the other vehicle, and an Aug. 5 court date.

In addition to a dangerous driving charge, a high-risk driving report will be forward to ICBC to consider a driver’s licence prohibition.

"This matter is still under investigation and further charges are possible" says Cpl. Craig Douglass. "(We) are seeking any witnesses or dash camera footage of the two vehicles operating prior to the collision.”

A female passenger in the truck suffered minor injuries during the crash, but all parties were otherwise okay.

Anyone with information about the criminal offence is asked to contact the Prince George RCMP at 250-561-3300.