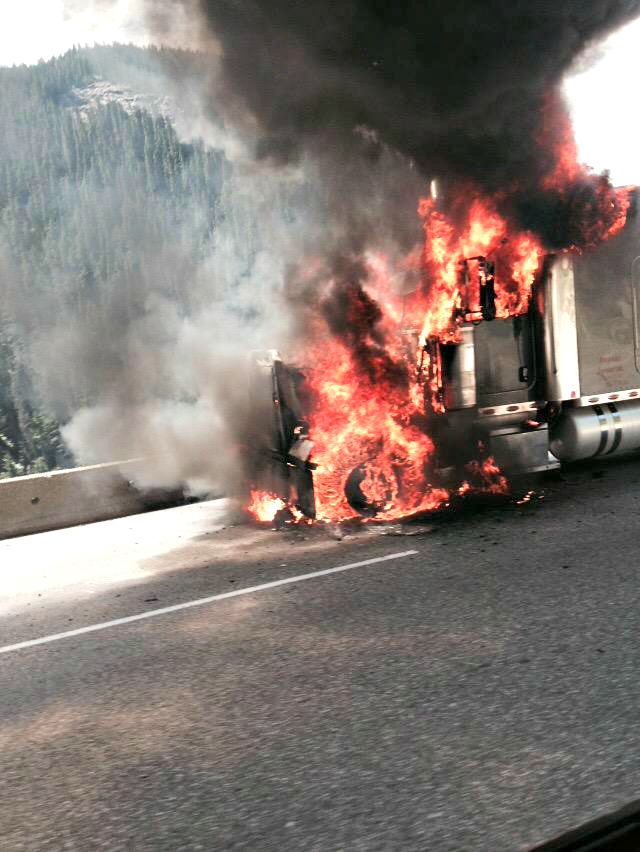 A semi is on fire on the Coquihalla Highway one kilometre north of the Great Bear Snowshed.

The semi was driving northbound, and caught fire, but it is still upright.

Hope RCMP advised Drive BC of the accident and the VSA Highway Maintenance crews are on their way.

#BCHwy5 #Coquihalla reports of semi fire 1 km N of snowshed n/b. Emerg crews on the way. Be prepared for delays.

There are reports that traffic northbound has been stopped and southbound traffic is still moving, but nothing can yet be confirmed.

Correction** Dealing with a Semi that is on Fire on #BCHwy5 NB 1 km past the Great Bear Snowshed. The semi is upright (NOT a rollover).