BC’s snowpack 198% of normal, flood risk remains high for much of the province

As the warmer weather of July approaches, flood risk across the province remains high due to the delayed snow melt following a much cooler and wetter spring.

The BC River Forecast Centre’s final snow bulletin for 2022 indicates that snowpacks across the province continue to be well above normal, increasing to 198% of normal over the past two weeks, up from 165% in early June.

Normally, about three-quarters of the accumulated snowpack has melted by mid-June. However, snow melt was delayed by two to four weeks due to the extended cooler weather in April and May.

All regions across BC with snow measurements have snow basin indices greater than 140% of normal levels.

Snow basin levels range from a low of 170% of normal in the Peace to a high of 1,331% in the Stikine region of northern BC. 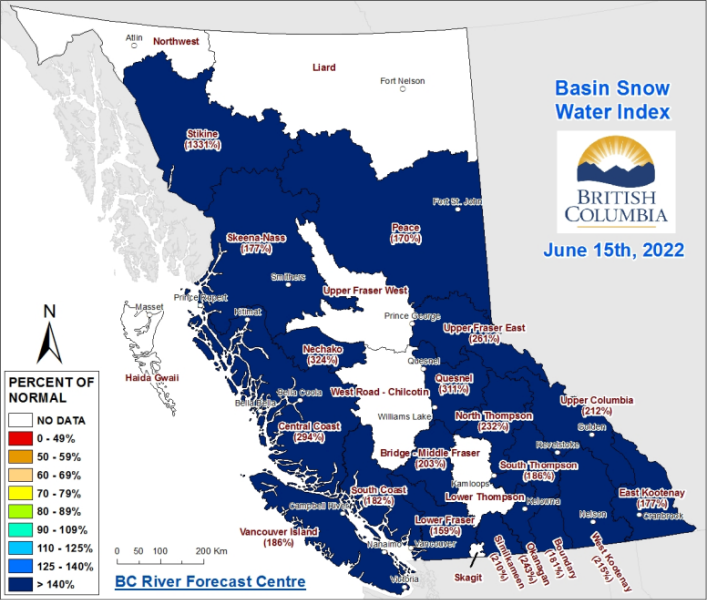 These numbers do not mean that total snow depth is increasing.

When compared to previous years with more normal snowpack levels, this year’s numbers seem quite high for June. However, this is due to the delayed snow melt.

However, the BCRFC says that the weather conditions for the rest of June through July will determine the timing, magnitude and rate of snowmelt.

The agency also notes that heavy rainfall events can increase river flows driven by an increase in snow melt.

As for the Interior, local snow basin levels indicate a continued risk from snowmelt related flooding, especially in combination with heavy rain, says the BCRFC. 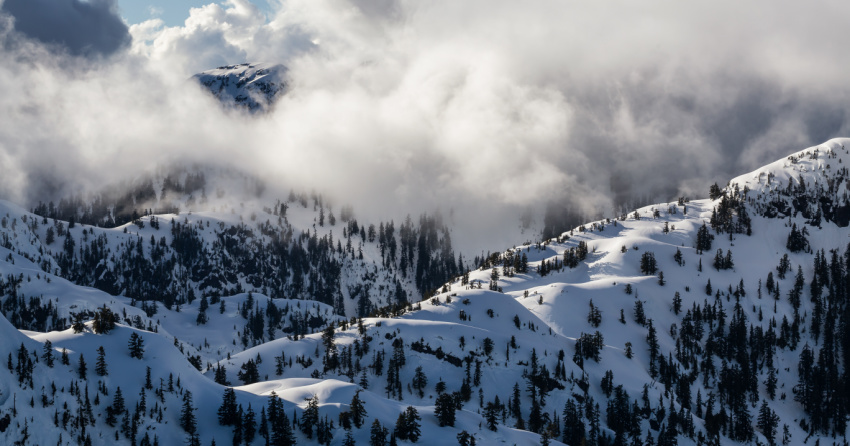 Regions that continue to be at a relatively high risk for flooding include the Upper Fraser, Cariboo Mountains, North Thompson, South Thompson, Lower Fraser, Upper Columbia, the Kootenays, and the northern regions of the province.

Similar to the June 1 snow bulletin, the BCRFC is still warning that other Interior regions like the Okanagan, Similkameen, Nicola and Peace remain at risk to extreme rainfall events.

Fortunately, there is no sign of an extended heat event in the near future that could trigger a drastic increase in snow melt.

However, current forecasting is predicting continued unsettled conditions throughout BC.

To view the final snowpack bulletin, visit this link.