British Columbia’s top doctor said she’s received death threats in her role as a public figure during the COVID−19 pandemic.

Provincial health officer Dr. Bonnie Henry told a panel discussion at the annual convention of the Union of B.C. Municipalities that she’s had to have security in her home and has been targeted by people who don’t agree with her.

"There are many people who don’t like what I do … and feel quite able to send me nasty notes, leave phone calls, to harass my office staff," she said on Tuesday. "I’ve had to have security in my house. I’ve had death threats. How do we deal with that?" 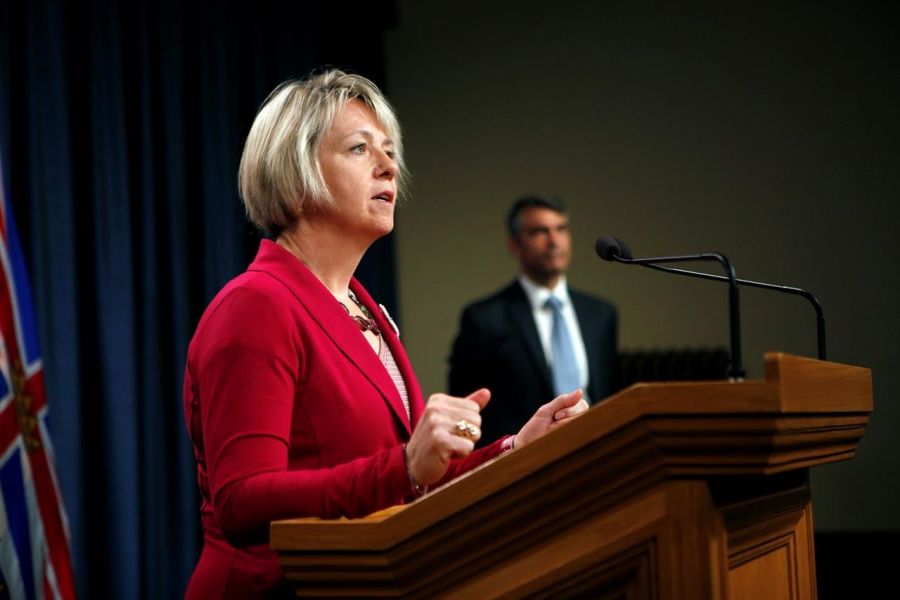 Henry said she believes it’s partly due to her status as a woman in a high−profile position, and that people feel comfortable targeting her in ways they would not necessarily do to male leaders.

"I sense that people find that it’s OK to do that for a woman who’s up front more so than some of our male leaders. But I could be wrong," she said.

The panel discussion was on leadership during the pandemic and also featured Lt.−Gov. Janet Austin and former Tsawwassen chief Kim Baird.

Henry also discussed the importance of trust and transparency in responding to crises such as the COVID−19 pandemic.

Henry has become a national figure during her time leading BC’s response to the COVID−19 pandemic, with shoe designer John Fluevog naming a pair of shoes after her.

She told the audience it’s important to discuss these issues when trying to mentor the next generation of leaders.

Henry is the latest female figure to talk about the abuse women in high−profile positions face.

Infrastructure Minister Catherine McKenna has previously spoken about the threats she and others have faced, and called for new measures to better protect Canadian politicians from threatening behaviour.

A police investigation was launched last month after someone yelled obscenities at a member of McKenna’s staff, with the footage posted to social media.