Grab your cameras, the annual Orionid meteor shower will light up the Interior’s skies tonight

Stargazers will finally have an opportunity to witness the Orionid meteor shower this evening across the BC Interior.

While the annual shower technically peaked on Monday, Oct. 21, the astrological event occurs between Oct. 2 and Nov. 7, with the number meteors slowly ramping to dozens per night at its peak. 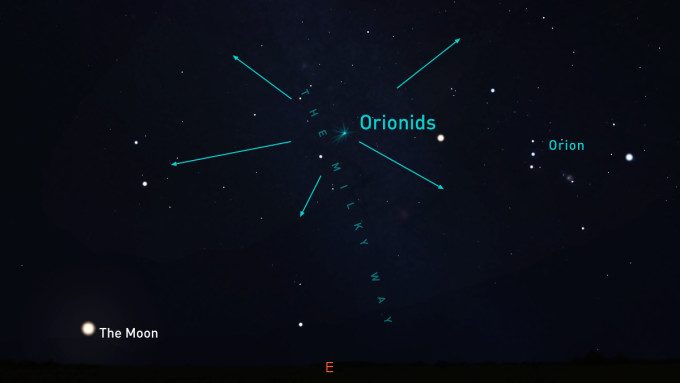 “As Halley's Comet makes its roughly 75-year journey around the Sun, it leaves behind a trail of dust and ice,” reports the Weather Network.

“As the planet's atmosphere sweeps up the tiny particles left behind by the comet, it results in numerous bright streaks of light across the night sky. This is known as a meteor shower.”

💫 If you have access to clear, dark skies tonight, you might try to glimpse a few meteors. The Orionid meteor shower happens every year in mid-October when Earth passes through the trail of particles left by Halley’s comet. Details and viewing tips: https://t.co/G8205l36UK pic.twitter.com/GeW5UJRm7X

Experts warn against the use of a telescope or binoculars as those instruments are meant to view stationary objects in the sky, as opposed to flying meteors.

The best viewing hours will be around midnight and into the early morning for the next few nights.

Luckily, Environment Canada is predicting clear skies for the region beginning around 8 pm this evening.