RCMP not negligent in death of B.C. teen whose overdose was filmed: watchdog

British Columbia’s police watchdog has concluded two Langley RCMP officers were not negligent in their response to a report of a teenage boy who was in distress after consuming a large quantity of drugs.

The Independent Investigations Office says the overdose death of 14-year-old Carson Crimeni was a “tragic incident” but police played no role in that outcome and it’s not recommending charges.

The office says in an investigation report released Monday that on Aug. 7, two Langley RCMP officers responded to a call about a distressed male on drugs in the vicinity of a skate park. 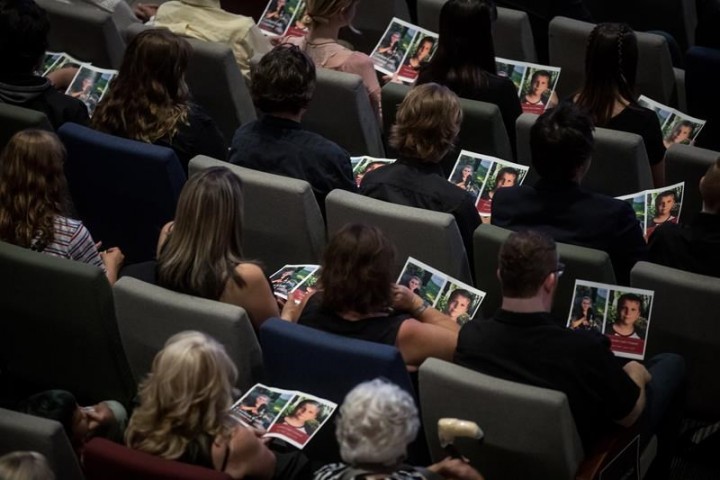 The Mounties were unable to find the teenager, and later that night Crimeni was found near a baseball field about 650 metres from the skate park and was rushed to hospital but did not survive.

The report by chief civilian director Ronald MacDonald says the officers spent almost 20 minutes at the skate park area and found no trace of Crimeni or anyone with information about him.

It says Crimeni and the group of young people he was with had moved to another location a considerable distance away and there was nothing at the skate park to assist police in determining where they might have gone.

“The actions of the officers were not negligent. They acted completely reasonably in the circumstances,” MacDonald writes in the report.

“Certainly, had any information to suggest the location and condition of (Crimeni) been known at the time, the police could have reacted to it. As noted, however, there was none.”

Crimeni’s family believes the drugs were given to him by other teenagers who filmed and posted his reaction on social media. An RCMP investigation is ongoing.

In the report, MacDonald notes that the initial call to police came from a parent whose daughter had shown her a Snapchat photo of Crimeni looking “out of it.” The photo had apparently been sent to the girl by an older teen.

The parent passed on an assertion to the police dispatcher that the boy had taken 15 capsules of “molly,” also known as MDMA or ecstasy.

An employee of the recreation centre next to the skate park told the two RCMP officers that she hadn’t seen an intoxicated male. The employee told the investigations office that it appeared the officers were unsure if the report was genuine or a hoax but they were looking to see if they could find anyone around the area.

The location where Crimeni was found more than two hours later was on the other side of a number of large buildings and other visual obstructions, the report adds.

At his funeral in August, Crimeni’s family and friends remembered him as a funny, energetic boy who loved to cook, play video games and joke with his buddies. But they also urged mourners to take action against peer pressure and teenage drug use so his death would not be in vain.

“At only 14 years old, his life was taken, and he was just trying to fit in. All he ever wanted to do was fit in and have friends who loved him,” said his sister, Bella Griffiths.

“I really hope after this, people really start to realize that drugs are not a joke. They can take anyone away in a heartbeat.”