(UPDATE: Aug. 9 @ 10:55 am) – The Watching Creek wildfire, which was discovered on July 29 about 16 kilometres northwest of Kamloops, is now considered as being held.

“The wildfire is not likely to spread beyond determined containment lines due to the suppression carried out by the BC Wildfire Service,” explains the agency.

“Crews will continue to work within the fire perimeter to fully extinguish areas of heat and flame where needed.”

The wildfire grew to 270 hectares in the week and a half that it actively burned.

There are 78 firefighters, four helicopters and two pieces of heavy equipment on site Tuesday.

The fire remains estimated at 270 hectares.

“Crews are progressing well on mop up in the northeast corner of the fire,” explains an update from the BC Wildfire Service on Saturday.

“Mop up involves establishing water delivery to the edge of the fire, hosing down areas of heat or flame and using hand tools to break up burning materials.” 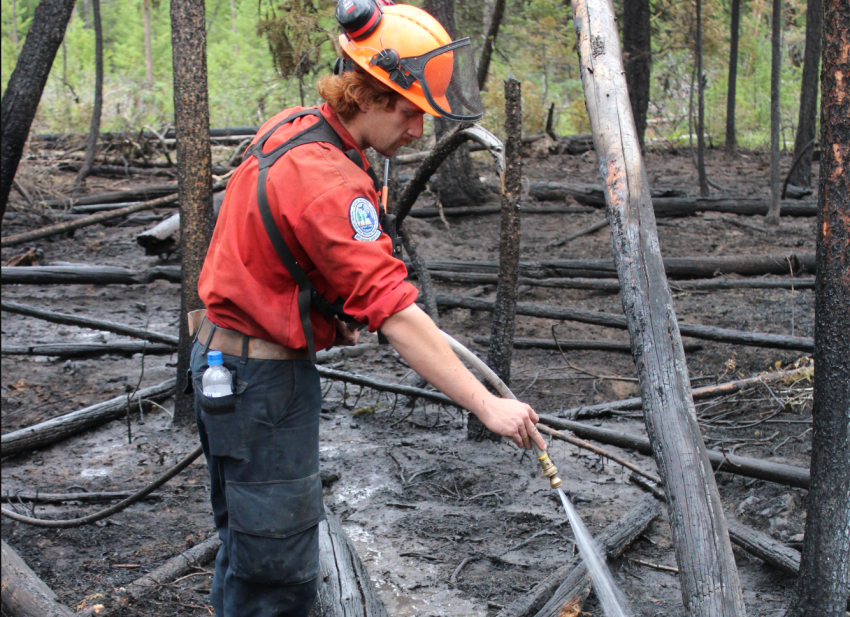 There are 75 firefighters, six helicopters and five pieces of heavy equipment assigned to this fire.

Crews are working to reinforce machine guards and build fuel free hand guards while helicopters bucket water onto the fire to cool hotspots.

According to the BCWS, the structure protection that was set up on a property near Pass Lake as a proactive measure has been demobilized.

Structures near McQueen Lake have been triaged for structure protection, if necessary.

However, no structures are currently threatened by the fire.

(UPDATE: Aug. 5 @ 9:20 am) - The size estimate of the Watching Creek wildfire, located around 16 kilometres northwest of Kamloops, has changed from 195 to 270 hectares.

However, the change in size is due to a more accurate perimeter track being collected on Thursday, as the previous size was simply an estimate.

"There has been no significant growth since Aug. 2 and the new size of 270 hectares represents a more accurate mapping," the BC Wildfire Service explained.

"This change in boundary is predominantly downslope on the eastern flank where terrain is steep and rocky, as well as a more accurate perimeter on the northeast flank representing roughly 10 hectares."

Aiding in that lack of growth was 10 millimetres of rain that fell on Thursday, as the cool and wet weather has reduced fire behaviour to rank one.

"Smoke will likely remain visible from Kamloops and nearby communities for the coming days, however, fire activity is expected to remain reduced for the time being," noted the BCWS.

There are currently 77 firefighters, six helicopters and eight pieces of heavy equipment assigned to this fire.

Ground crews are working on establishing control lines on the ground that will provide a safe, defendable space to carry out suppression activities.

At this time there are 65 firefighters on the scene being assisted by six helicopters and 9 pieces of heavy equipment.

Structure protection is set up on a property in the vicinity of Pass Lake as a proactive measure, but there are current threats to the structures at the moment.

The Thompson-Nicola Regional District has issued an evacuation alert for properties in the vicinity of the wildfire, which can be found here.

(UPDATE: Aug. 3 @ 3:48 pm) – After crews were evacuated from the Watching Creek wildfire earlier this week, they are back in the area to battle the blaze.

There has been no growth on the fire and it remains estimated at 195 hectares.

“Cooler weather, higher relative humidity and cloud is expected today and will help to reduce fire behaviour,” explains an update from the BC Wildfire Service.

Fire activity was at a rank two to three on Tuesday.

There are 46 firefighters, six helicopters and 10 pieces of heavy equipment on site Wednesday.

This includes two unit crews working to establish a delivery water system in the northeast corner of the fire.

Heavy equipment crews are working to build guards on the north end of the fire, where the terrain allows.

Skimmer airplanes and helicopters are bucketing water to the area to cool the property while air tankers deploy fire retardant around the perimeter.

The BCWS says air resources will continue to provide support as needed.

An evacuation alert issued by the TNRD remains in place and the recreation site at Pass Lake is closed.

BC Wildfire Service said it remains out of control.

(Original story: Aug. 2 @ 5:45 am): The Watching Creek wildfire northwest of Kamloops has grown to 80 hectares, according to a BC Wildfire Service estimate.

A map of the affected area is available here. 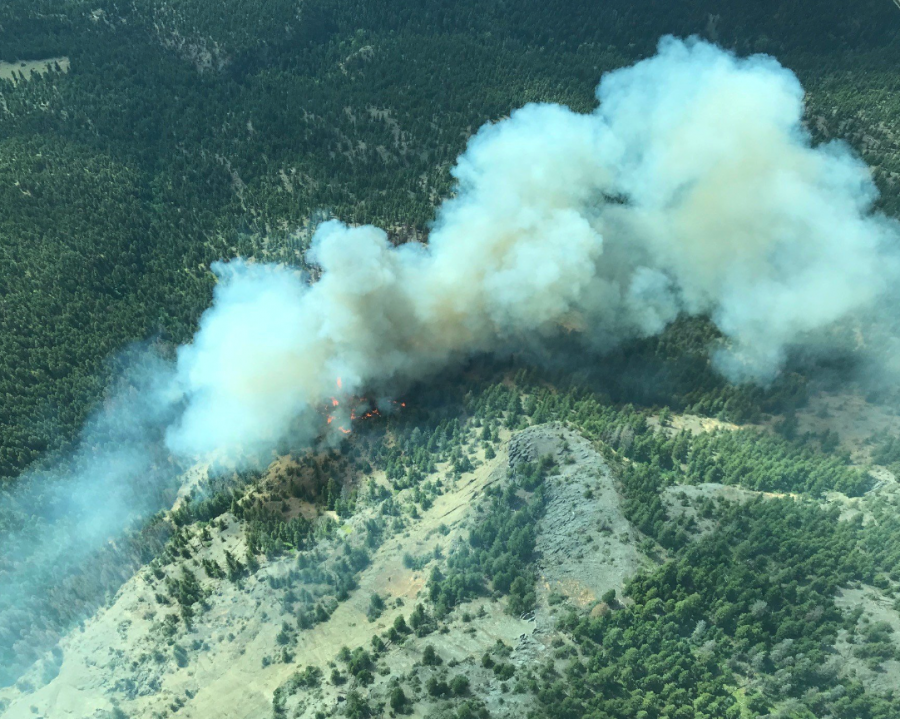 BCWS said on Monday that it discovered the fire on July 29.

It has been working on the blaze with ground crews and aircraft since then. 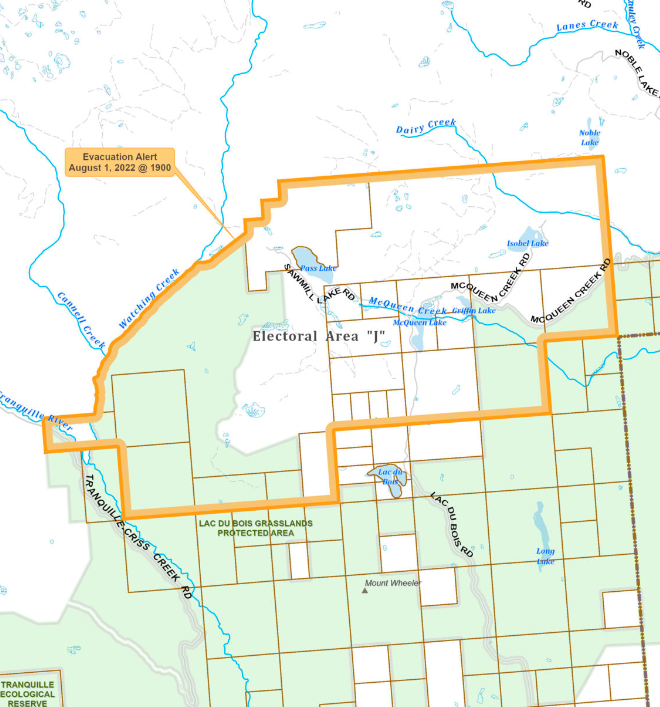 Yesterday afternoon, however, ground crews were evacuated from the area due to “an increase in fire behaviour driven by winds and high temperatures.”

BCWS explained: “Safety of our responders is our number one priority. Aerial resources will continue to evaluate possible response tactics, and ongoing response will be dependent on responder safety.”

The cause of the fire is listed as lightning on the BCWS’s dashboard.

Sun
23℃
Make Homepage Advertise with Us