Heat Win One, Lose One in Weekend Homestand 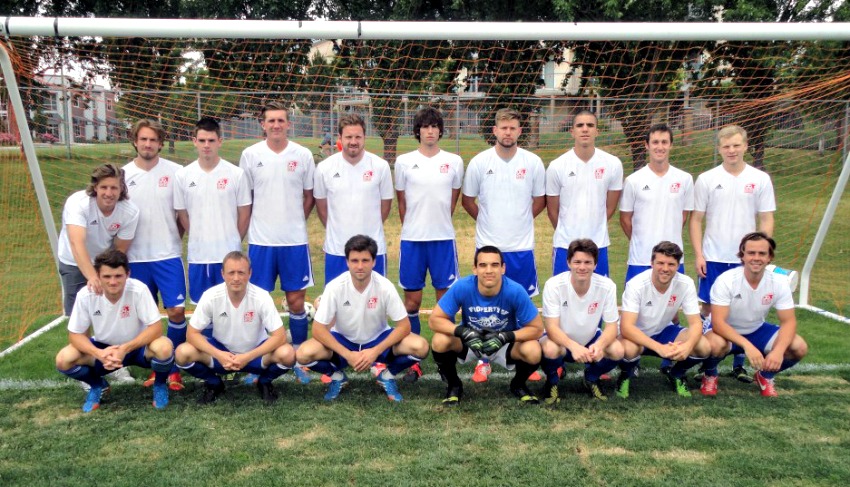 The Kamloops Heat picked up one win and one loss in a pair of home games in Pacific Coast Soccer League action at Exhibition Park over the weekend.

The Heat opened the weekend with a 1-0 loss to the Victoria Highlanders Saturday night.

“It was a little disappointing considering we controlled parts of the game,” Head Coach Sean Wallace said.

The Heat’s best chance came on a penalty kick in the second half, but they were unable to put any goals in the Highlanders’ net.

The lone goal of the game came moments after the stopped penalty kick.

Both teams were missing key players for the game, which is a common occurrence in the premier men’s PCSL.

“It’s a game we can’t afford to let go and give up three points. It was a little disappointing,” Wallace said. “The guys we had definitely played hard, but we couldn’t put the ball in the net to tie or win the game.”

The Heat returned to action Sunday afternoon with reinforcements and defeated the Vancouver Thunderbirds 4-2.

“We had a better effort defensively and as well offensively. I think we came together a little bit better,” Coach Wallace said. “We had a little bit of luck on our side being able to score four goals against a team like Vancouver.”

The Heat currently sit in fifth place in the PCSL with a 2-3-1 record through six games.

They will travel to Vancouver next weekend for a Sunday afternoon rematch against the Thunderbirds.

“I think they’re going to be looking to return the favour that we gave them up here,” Wallace said. “I’m going to be trying to get the strongest squad we can to go down there Sunday.”

In a men’s league such as the PCSL, players often have family or work commitments, and it becomes a challenge for Wallace because he has a different roster to coach each game depending who is available to play.

“It’s tough, we’re rotating the roster. It just depends on who is available to go,” Wallace said. “At home we have to have our strongest teams because those are the opportunities to take away points from the stronger teams. They don’t always travel with their best squad and it’s the same with us.”

Justin Wallace is currently tied for the league lead with five goals this season.