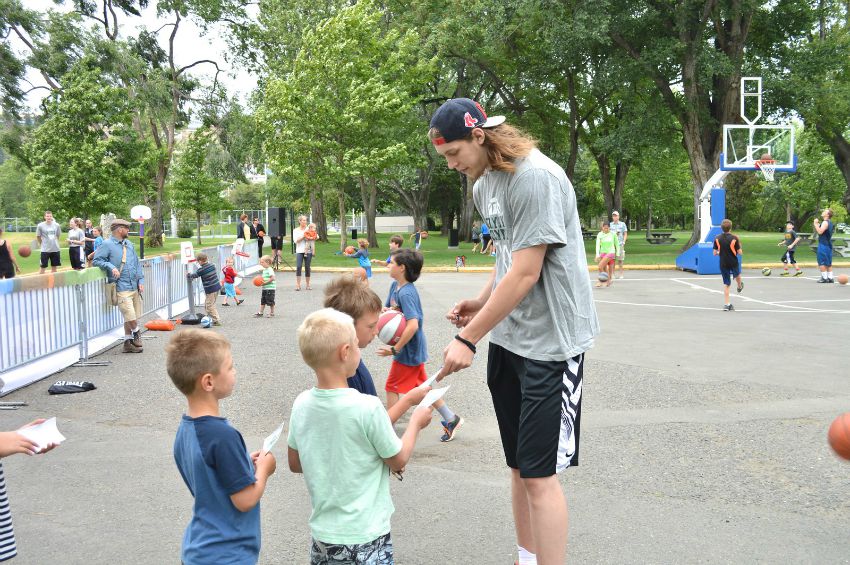 Kelly Olynyk of Kamloops has been named to Team Canada’s training camp for the upcoming FIBA Americas Championship.

Olynyk is one of 11 NBA players amongst the 16 Canadians named to the camp, which will run in Toronto from August 10th to 14th.

The team will then travel to Mexico City for the tournament, which will serve as a qualifier for the 2016 Olympic Games in Brazil.

“We have a talented mix of NBA and pro athletes and we’re excited to get them in the gym together,” said Head Coach Jay Triano. “This camp will be an opportunity to train, build team chemistry, and prepare for a tough and important tournament with the goal of qualifying for Rio.”

The 7’0” centre and power forward from Kamloops is entering his third NBA season with the Boston Celtics. He was drafted 13th overall by the Dallas Mavericks in 2013 and immediately traded.

Olynyk averaged 10.3 points and rebounds per game with the Celtics last season.

He played three seasons for the Gonzaga University Bulldogs in the NCAA after graduating from South Kamloops Secondary.

He was named the Basketball BC outstanding high school player of the year in 2010.