Only Longboard Park in the World Is in Kamloops 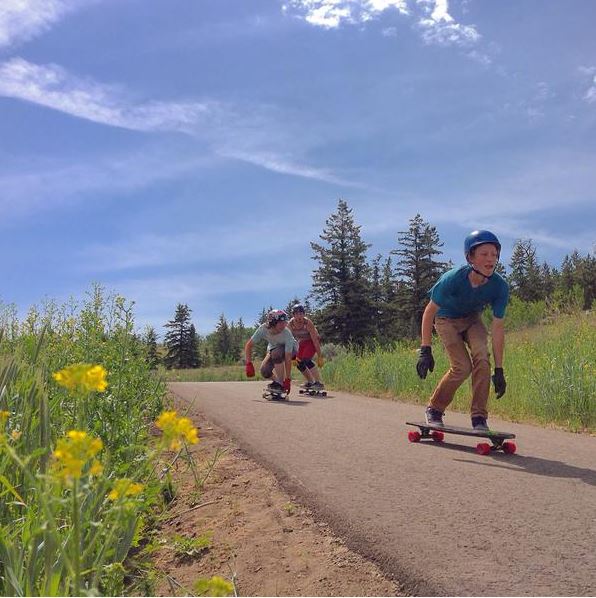 Kamloops is quickly becoming one of the best places in the world for longboard skateboarding thanks to the creation of a park specifically designed for the sport in Pacific Way.

The Kamloops Longboard Park opened in October, and it is the first park officially designed for longboard skateboarding in the world. It features two runs as well as an intermediate and advanced track. Unlike most extreme sports parks, it does not feature jumps, stairs, or rails, but smoothly paved downhill runs.

“It’s a fun time there,” said longboarder Patrick Mutrie. “It attracts a lot of younger people in a healthy way and we can push the boundaries of the sport.”

Mutrie was involved in helping design the park, and now that it is in place, he wants to see it continue to grow.

“I’ve been told I don’t take enough credit,” he said. “I was the guy with the whip to get this thing going. It’s been a big success and it has a lot of potential.”

Mutrie has noticed the park is already attracting a younger crowd and more riders from out of town, but he wants to see an easy beginner run and to build on more difficult runs as well so that anyone with any skill level can enjoy the park.

“This park can’t really push the skill levels, it’s not big enough yet,” he said. “It does feel like we’re pushing it in the right direction.”

Mutrie said the best option for someone wishing to get into the sport for the first time is to contact a member of the Kamloops Longboarding Club on Facebook, and they will take new riders out and show the best gentle slopes to learn on.

“You have to go out with the right people and minimize the risk,” he said.

Tourism Kamloops thinks the Longboard Park is just another way that Kamloops is a unique place to visit or live.

“We focus on iconic experiences in Kamloops to identify us from other B.C. destinations,” said Monica Dickinson of Tourism Kamloops. “Come and play in Kamloops and the play that you would experience elsewhere, we have redefined it. The diversity of our rolling hills, lakes, and valleys—it’s a natural playground for some of our outdoor experiences and for some of our products that have come to life like the Longboard Park.”

Tourism Kamloops is promoting the park online, including a short video showing how fun it can be to fly on four wheels.

The Kamloops Longboarding Club is hosting a free ride event at 10 a.m. on July 25th, and they are inviting anyone to come out to watch and learn more about the sport.

Have a look at some of the action from the Longboarding Club’s event that was held in May.