By now, you’ve almost certainly seen the hilarious wrong answer that’s put Family Feud Canada on the map less than a month after the show premiered.

Eve Dubois, a woman from Manitoba, is in the sudden death round of the show, where it’s a one-versus-one challenge to get a single answer. 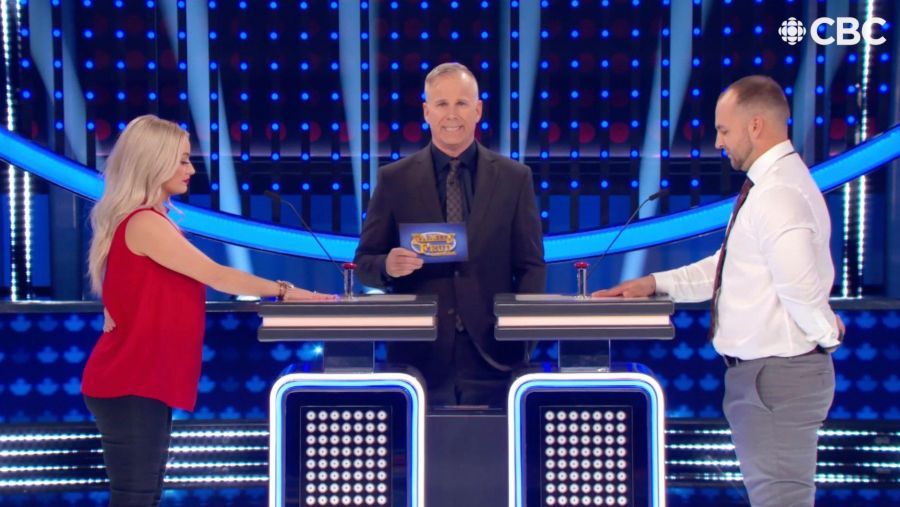 The question is a seemingly easy one, asking what the famous cartoon character Popeye’s favourite snack is.

In a scramble to try and buzz in first, which she does, Dubois mixes up the cartoon character with the fried chicken chain and excitedly answers “chicken,” thinking she’s won the game.

I tuned in to Canada's new version of Family Feud and may have witnessed one of the most iconic game show moments I've ever seen. pic.twitter.com/QsTIjEzoM7

When she turns around and sees her family’s embarrassed looks, then turns around again to see host Gerry Dee’s face buried in his hands, she starts to realize she might have been wrong.

Her opponent gets his chance and answers with spinach, which is of course correct, and it didn’t take long for her hilarious mistake to go viral once shared on Twitter.

It looks like she’s taken the new-found fame in stride and has been a great sport, but she’s also going to be eating a lot of fried chicken for quite some time. 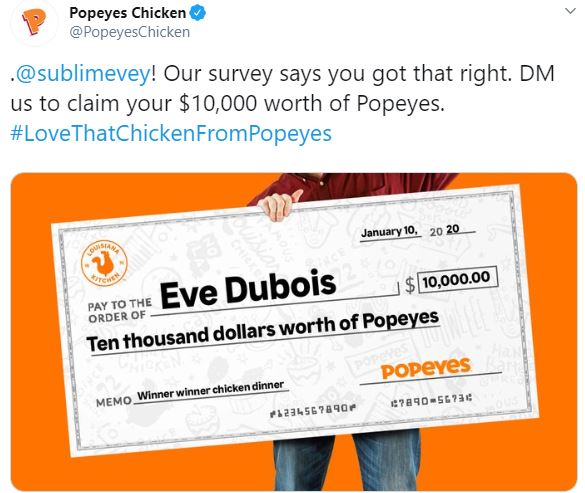 Popeyes took to Twitter to tell Dubois that their survey said her answer was right, and that they’d be giving her $10,000 worth of Popeyes.

While it may not be quite as good as the $10,000 prize she and her family missed out on because of her mistake, she’ll be treating the whole family to southern-style dinners for months!