The National Anthem is being buzzed about once again, this time with a stronger hope for change.

Liberal MP Mauril Belanger plans on tabling a bill on O Canada for the second time, in hopes of making it “gender neutral”. With his party now in power with a majority government, the bill might favour differently. 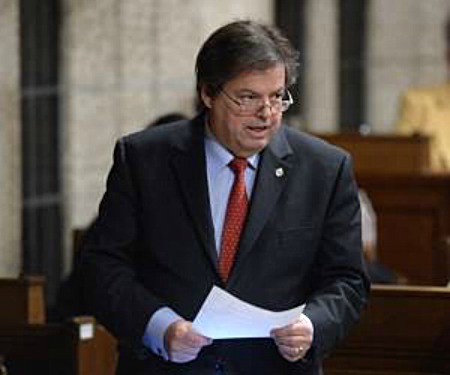 Belanger wrote a post on his website about the bill, saying it called for a change from “in all thy sons command” to “in all of us command.”

“With my bill, I wanted to pay tribute to all the women who have worked and fought to build and shape the Canada that we know today,” he wrote. “The sole purpose of my bill was to include Canadian women. I wanted to at long last honour their sacrifices and contributions.”

The bill was defeated in April 2015 during the second reading.

Ron Cannan, who was the MP for Kelowna—Lake Country at the time, voted against making the anthem gender neutral, along with the majority of other conservative MPs.

Still, Belanger said he wasn’t ready to give up.

“I remain committed in proposing this legislative initiative,” said Belanger. “I intend to table my bill when the House of Commons resume in late January 2016 and can expect to initiate the debate on the bill around April.”

Belanger was diagnosed with Amyotrophic Lateral Sclerosis (ALS) in November, something which he is now struggling with.

In December 2015, Mauril was named Honorary Speaker of the House of Commons by unanimous consent.