It was only a few lines in the federal budget, and the money involved represents a rounding error in the overall scheme of things.

For defence officials and experts who have been sounding the alarm about North America’s aging defences in an increasingly turbulent world, however, it represented an important step: the first real funding to update the North American Aerospace Defence Command.

Yet there remain many unanswered questions, including what that those new defences will look like, how fast they will be built — and whether the rest of the money required to finish the project will be available when needed. 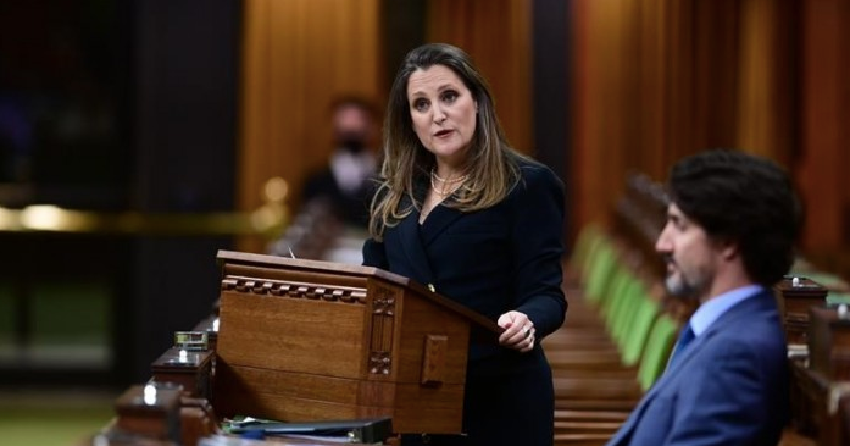 “This is a step forward,” said University of Manitoba professor James Fergusson, one of Canada’s top experts on NORAD. “There was some money. It’s not very much, but at least the government has started to move. The question becomes: How pressing is all this?”

The federal budget unveiled Monday included more than $100 billion in new spending over the next few years. Of that, $163 million has been earmarked for what the government calls NORAD modernization.

“This funding will enable the enhancement of all-domain surveillance of our northern approaches and renewed investment in continental defence more broadly,” Defence Minister Harjit Sajjan’s spokesman Daniel Minden said in an email.

“Our government is determined to develop better surveillance, defence and rapid-response capabilities in the north and in Canada’s maritime and air approaches. We are currently evaluating further NORAD modernization initiatives, which will be announced when finalized.”

The US and Canada created NORAD in the 1950s to protect North America from a Soviet nuclear attack. Strings of radars and air bases were built to detect and stop incoming missiles and bombers, and placed under a unique joint command.

Yet military officials and experts have been cautioning in increasingly loud voices about the state of the current system, which includes a string of radars built in Canada’s far north in the 1980s called the North Warning System.

Officials and experts have emphasized the physical age of the system’s technology and infrastructure, and its inability to find and identify new types of weapons being developed by Russia and other adversaries.

Those include low-flying cruise missiles and extremely fast hypersonic missiles, which are much more difficult to detect and stop than the massive intercontinental ballistic missiles and long-range bombers for which NORAD was originally designed.

In fact, military officials have warned the system can’t even detect Russian bombers before they are in position to launch an attack.

Canada and the US have talked for years about replacing the existing system, with Justin Trudeau discussing it in his inaugural meetings with both Donald Trump and Joe Biden when they became president. It is also promised in the Liberals’ 2017 defence policy.

Yet progress has been extremely slow, which has contributed to a sense of frustration in some military circles. The project also didn’t have any dedicated Canadian funding attached to it — until now.

“This is the amount of money that will be invested to sort of get things rolling,” retired Canadian diplomat Michael Dawson, who served as an adviser to the commander of NORAD in Colorado Springs, Colo., said of the $163 million.

“It strikes me as a pretty good sign that they really do plan to deliver on the NORAD commitment.”

Fergusson believes the new money will be largely directed at the Defence Department’s research arm, Defence Research and Development Canada, to start work on ideas and technology.

One question will be what to include in the new system given how fast weapons are evolving, including whether it will revolve around ground-based radars, satellites or other technology.

There has also been talk about artificial intelligence and quantum computing to speed up detection and decision-making, while a debate is pending around the degree to which Canada will participate in not just identifying threats, but also stopping them.

Canada famously opted out of joining the US in ballistic missile defence system in 2005, which involves shooting incoming nuclear missiles out of the sky. It will likely need to wrestle with the issue again along with what to do about other threats.

Such discussions and research will come against a backdrop of growing urgency as the existing system becomes increasingly obsolete and in recognition of the glacial pace of the military procurement system and the challenges of building in the Arctic.

“We had some pretty interesting briefings on this about how long it takes to do stuff in the north,” Dawson said of his time with NORAD. “And I think the rule of thumb is it takes three times as long and cost four times as much for anything.”

Yet Fergusson worries that there isn’t enough of an appreciation in Ottawa — and the Canadian public, in general — about the importance of the project, which he suggests is important for relations with the US and sending a message to adversaries about Canada’s resolve.

Military officials have previously said failing to replace the current system would hamstring any response to Russian or Chinese aggression here and around the world as those countries could effectively hold North America hostage by threatening strikes.

There are also questions about whether the government will provide the necessary cash, which some estimates put at more than $10 billion, when it comes time to start construction.

That may not seem like a big concern now, when the government is promising $101 billion in new spending over the next three years, but the military has previously seen major spending cuts when governments want to slash the deficit.

The fact the government has yet to dedicate any specific funds to the project aside from the $163 million in the budget adds to those concerns about billions more dollars being available for NORAD in the coming years.

“Certainly the whole Defence Department probably breathed a sigh of relief when they got the budget, but I’m sure they’re sitting there, given past practices in this country, waiting for the other shoe to drop,” Fergusson said about the absence of cuts in the document.

“What’s the old saying? Someone’s got to pay the piper down the road. So I can understand why the government has done what it’s done, but we’ll see what happens next year.”