During the warm spring and summer months, cars can become a death trap for dogs.

According to the American Veterinary Medical Association, hundreds of dogs die from heat exhaustion in parked vehicles every year.

But it doesn’t need to be over 30°C for you car to quickly turn into a sauna. 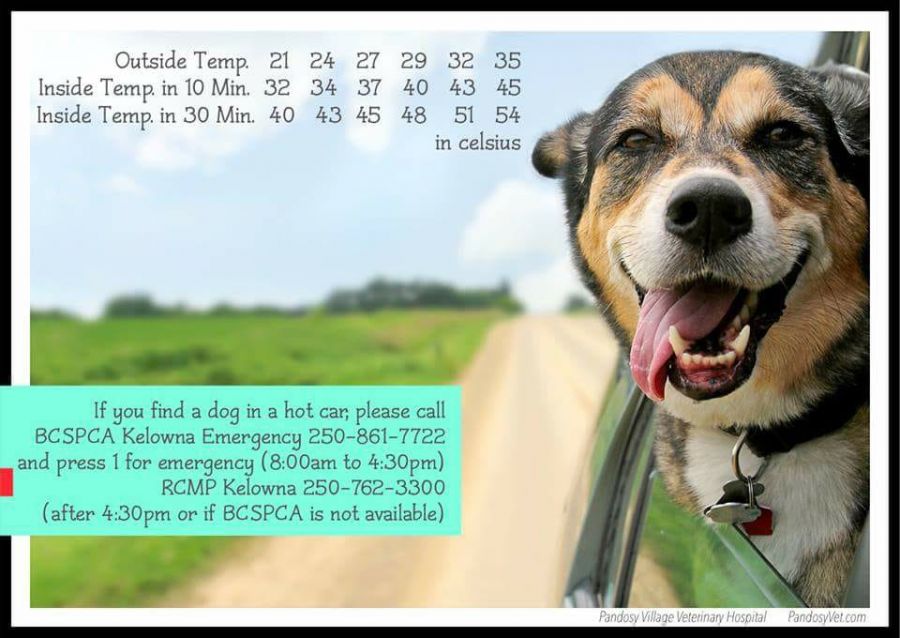 A person isn’t surviving long in 70 degree heat and a fur covered dog is going to succumb to the heat even quicker.

It’s not an issue you can solve by leaving a windows cracked either, which was proven by a Canada Safety Council study.

The study showed that leaving a window slightly open did very little to prevent the inside of a vehicle from becoming dangerously hot.

If you do encounter a dog inside a hot car, it's going to be tempting to take matters into your own hands, but the BC SPCA advises otherwise.

Rather than break a window of the car, which is an act of mischief under the Criminal Code, you're asked to call the BC SPCA immediately.

That way, the BC SPCA can assess the situation with the police and make sure the proper action is taken.