Gold has always been seen as barometer of the world's financial climate.

The month of August had the highest volume reading in gold ever, according to Sunshine Profits, a gold and silver investment company.

In uncertain times, people are starting to turn to gold - not as an investment, but as an insurance policy, according to a precious metals broker, Bill Holter.

People who wouldn't normally venture into the world of trading and buying investments, are getting curious about gold. 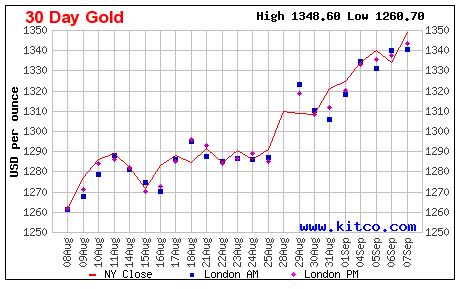 To help with the decision-making process, Bill Holter, a precious metals broker and writer for JS Mineset, as well as the CEO of Sunshine Profits, Przemyslaw Radomski have provided some information on the current economic climate and the value of gold.

"You can see it in the market place, you could actually see it even during this bear market - you could see in the cash market, you could see the offtake of physical gold increase literally year after year," said Bill Holter, writer for Jim Sinclair's Mineset.

According to Holter, the amount of increasing debt is steering the economy toward a monetary reboot. 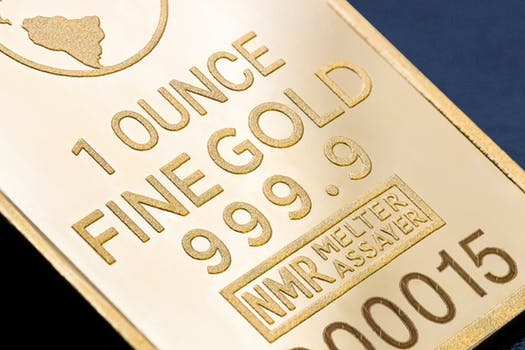 So in a heightened climate of debt and what Holter describes as an overproduction of paper money, gold is becoming more well-known as not so much an investment, but an insurance policy when other investments become unreliable.

"It's a protection, it's a guarantee that you can bring your capital from the current system into whatever the next system's going to look like," he said. "Gold is not credit and it's absolutely clear we're in the largest credit bubble in the history of history and when that bubble breaks, it's going to take the fiat currencies down with it." 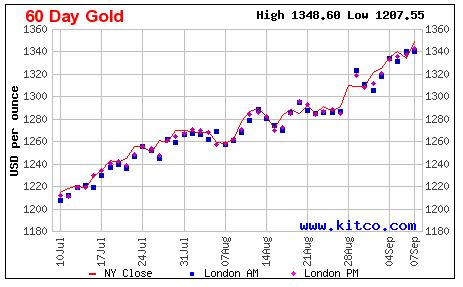 Holter believes that since the 2008-2009, exorbitant amounts of currency has been created.

"The amount of gold outstanding and produced since then shows that gold is way, way cheaper than it has been in maybe ever. Gold is extremely cheap in relation to money supplies, in relation to debt outstanding," said Holter. "There's obviously uncertainty in global markets and you're seeing a flow into gold from all over the world - not just the US. It could be looked at as a flight out of fiat currency."

According to Holter, seeing gold as an insurance policy against systemic errors is a more accurate view of how gold differs from all other forms of credit, including Euros, yen, pounds and other currencies. 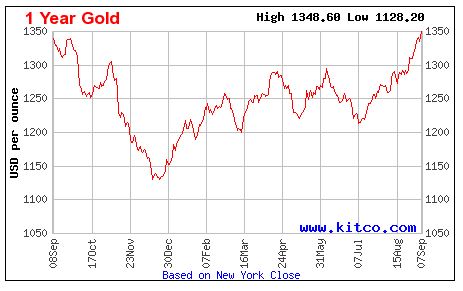 "I think you'll probably see the Canadian dollar rise over the long term versus the US dollar because it is such a resource-based economy. When you're asking me what do I see for gold , the better question is: what do I see for the dollar because they are mirror images of each other and I think you're going to see big problems for the US dollar and it'll take more dollars, more Canadian dollars, more Euros, more yen, more of any fiat currency to purchase an ounce of gold." 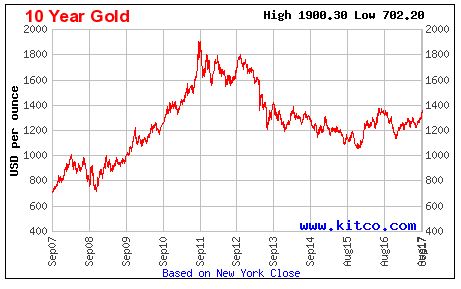 Some gold investors believe that gold and silver are going to become scarce soon and perhaps even unavailable for purchase at some point.

However, with enough of a following, this kind of panic could also play a role as a disruptor in the economy.

One thing is for certain, the value of a dollar will constantly rise and fall, while an ounce of gold will remain the same.

The advantages and disadvantages that comes with purchasing gold have not changed - some options are safer than others- according to Przemyslaw Radomski, CEO of Sunshine Profits.

"The attractiveness of all methods depends on whether one wants to invest for the long run, or to trade gold and speculate on its short-term price swings," said Radomski.

Radomski has compiled a list of options for purchasing gold for either investing or trading. Each option has been given a 1-5 star ranking, along with a list of the pros and cons for each option.

When it comes to buying gold, there are numerous options. Radomski suggests researching the pros and cons of each, as well as determining whether or not you're purchasing gold for a long-term investment or for the purpose of trading.

Here's a list of options for buying gold, along with the pros and cons of each.