For the first time since the COVID-19 pandemic began, BC has released case numbers region by region.

On Thursday, Dr. Bonnie Henry presented new data modeling that highlighted the areas of BC hardest hit my the virus between Jan. 22 and May. 1.

During that time, the following case numbers were identified in each region: 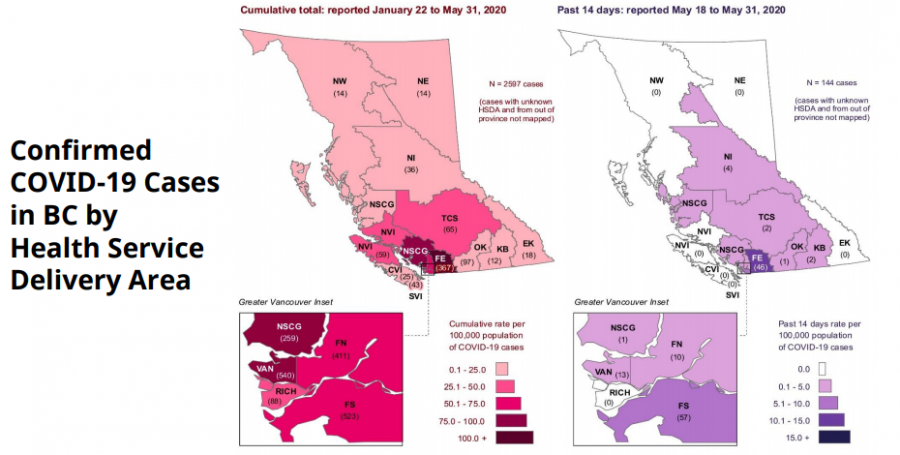 Thursday's new data modeling shows that the demographic making up the majority of BC's workforce, those between 30 and 69 years old, also account for the majority of infections.

The 70 and over demographic also make up 84 of the province's 172 critical care cases in provincial hospitals.

Similar to the rest of the world, men are far more likely to end up in hospital with COVID-19, despite the identified cases being almost equally split between male and female.

The new modeling also suggests that since businesses and services began reopening on May 19, British Columbians have successfully managed to keep their social contacts to between 30 and 40% of normal.

On Thursday, Dr. Henry daily update announced that BC has confirmed nine new cases and no new deaths in the past 24 hours.

Watch the full presentation below:

Thu
26℃
Make Homepage Advertise with Us

Passengers warned of COVID-19 exposure on 4 flights into YVR

BC teacher gets 15-year ban for having sex with students

The 2020 NHL playoffs will be played entirely in Canada: report