The Kamloops Airport unveiled not one, but two rainbow crosswalks at the terminal on Friday morning — the more prominent of the pair located front and centre outside the arrivals area. 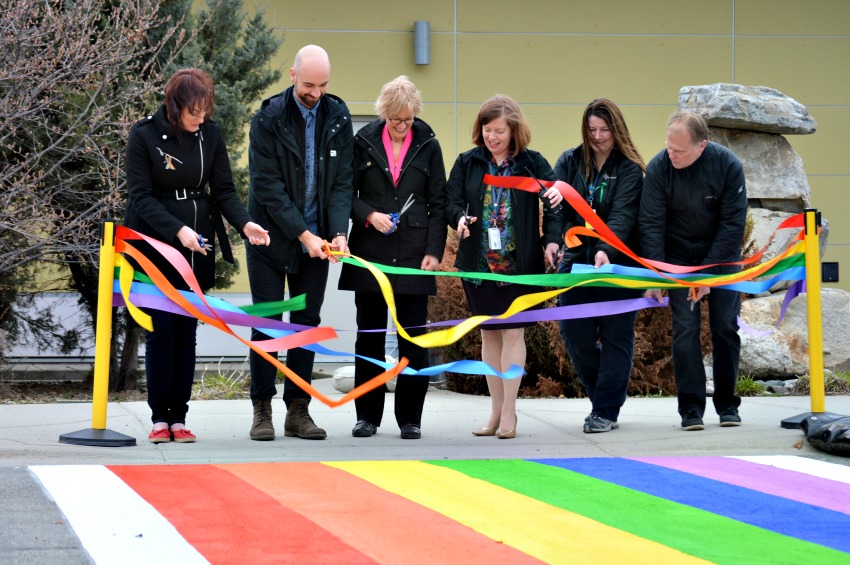 "We are so so excited by this. It is the first crosswalk that's outside Thompson Rivers University, in a hugely high traffic area that, we hear, upwards of half a million people cross through every year. We're just absolutely thrilled."

It was an initiative spearheaded by the Kamloops Airport Authority Society, which includes Coun. Tina Lange and mayor Ken Christian. Lange said the idea was supported unanimously by society representatives.

"It was over a year in discussion where we could put a Pride rainbow and this is the perfect place," she said. "Everybody arriving, everybody leaving sees our visible demonstration that Kamloops is not just a diverse community, but we are an accepting tolerant community." 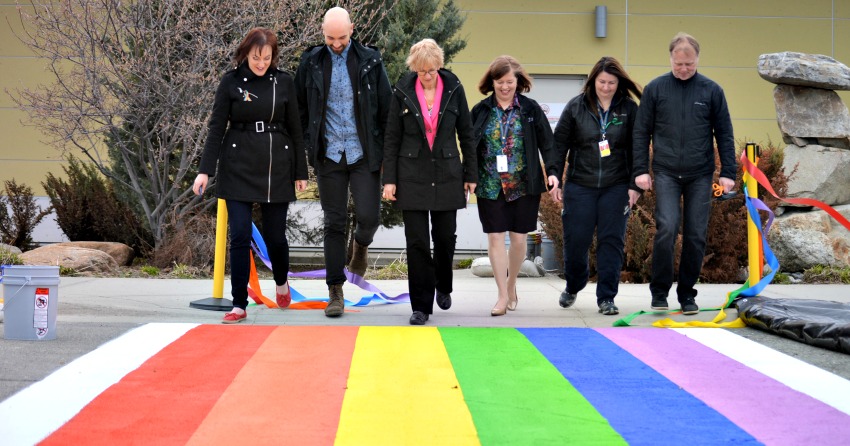 Kamloops Pride board member, Sam Numsen said the desire to have a somewhat tangible representation of inclusion in Kamloops is something they've been hearing from the local LGBTQ2S+ community — especially from youth.

"It goes a long way," he said. "I think with the Airport Authority to take the initiative to really lead this and come to us and say, 'Hey this is what we're doing, we'd love to have you there,' shows that not only are they doing it for the right reasons, but they are proud of the community and want to show that off."