BrewLoops has passed along its surplus earnings from the annual craft beer festival to the Rotary Club of Kamloops West and Western Canada Theatre. The BrewLoops Cultural Society this week presented a $15,000 cheque to the organizations to split. 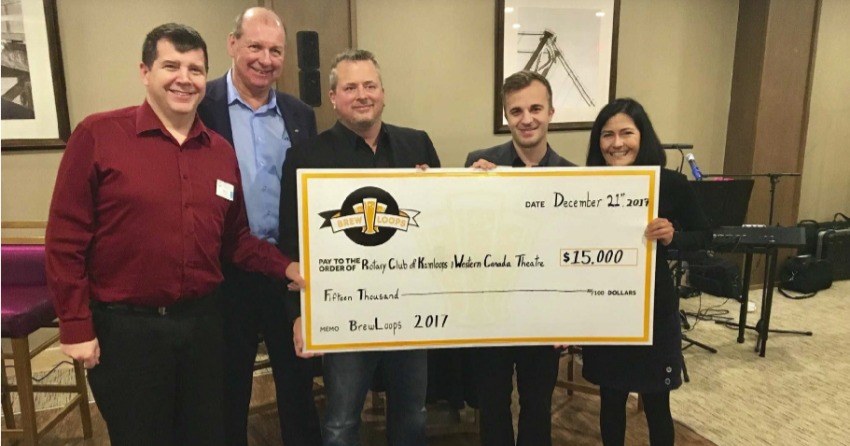 Both Rotary West and WCT have been partners with BrewLoops since its inception in 2014.

BrewLoops held its third annual festival in September 2017, with organizers putting on more than a dozen events. Additional BrewLoops events that were added this year included the Back Alley Block Party in July and the Winter Block Party in December, both organized in partnership with the Kamloops Central Business Improvement Association.