Kamloops RCMP is asking residents to stay smart when it comes to transporting recreational vehicles after a very peculiar incident on Sunday.

After numerous residents posted to social media claiming to see a snowmobile sitting on top of a moving car, S/Sgt Victor Steinhammer explained some of the dangers that can occur from having an unsecure load. 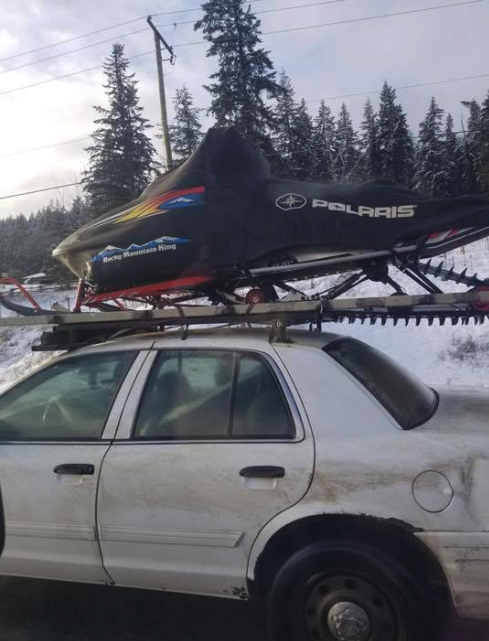 "You can't have anything on your car that cannot be safely stored or secured," said Steinhammer. "A snowmobile, being as heavy as it is, there is no way physically or safely you could secure it on your vehicle."

"Whether it is a snowmobile or something like a piece of plywood up there, you couldn't safely drive down the road with such a thing."

Despite not receiving any calls about an accident involving a snowmobile, Steinhammer mentioned the danger is still there.

"It's more of a case of safely being able to move down the road with anything being on the top of your roof... That's more the concern."

When transporting vehicles like snowmobiles, residents are encouraged to use a trailer, or at the very least, have them in the bed of a truck. The aforementioned vehicle was spotted on the highway, at a gas station, and at other places around the city.

NowMedia is working to uncover who was driving the vehicle in question and why they decided to transport the snowmobile in such a way.