A woman from Kamloops has died following an avalanche that took place in Banff National Park on Friday.

According to Avalanche Canada, three skiers were on a south-facing slope of Mount Hector when the slab avalanche struck. After the snow ran for approximately 550 metres, one of the skiers was deeply buried by the debris. 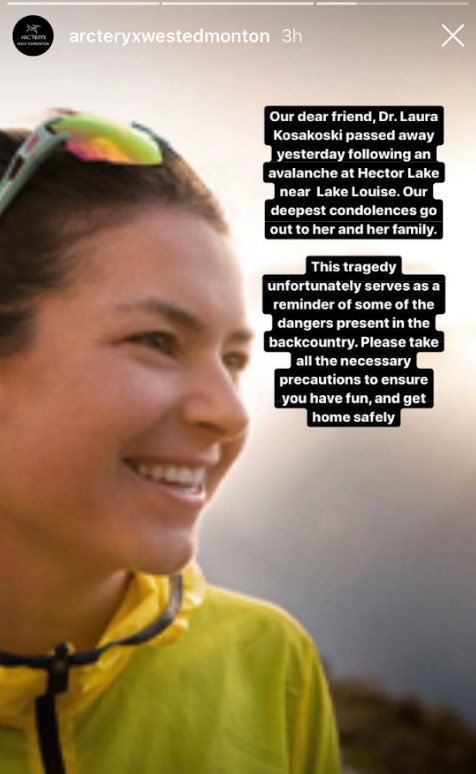 The victim was extricated by companion rescue before being airlifted to a hospital in Calgary. She would succumb to her injuries the following day.

Friends and family have identified the victim as Dr. Laura Kosakoski. She was originally from the River City but was working as a physician in Canmore.

No light shines brighter. Because of your smile, you made life more beautiful ❤️ pic.twitter.com/LB2xEBblMb