Today, The Colours on Spirit Square development was officially completed.

The event was marked by a ribbon cutting ceremony and a bbq for residents.

The development is located at the corner of Yew St. and Mackenzie St. on Kamloops’ North Shore.

Phase one of the development saw affordable housing built through a collaboration with ASK Wellness, the Stollery Foundation, City of Kamloops, BC Housing and ARPA Investments.

This included 43 suites built for seniors and people with disabilities within the Kamloops community.

Phase two of the development saw the completion of market units and commercial spaces (developed by ARPA Investments).

The statement said that it is planned that these spaces will become the Yew Street Food Hall and will be opened in the fall. 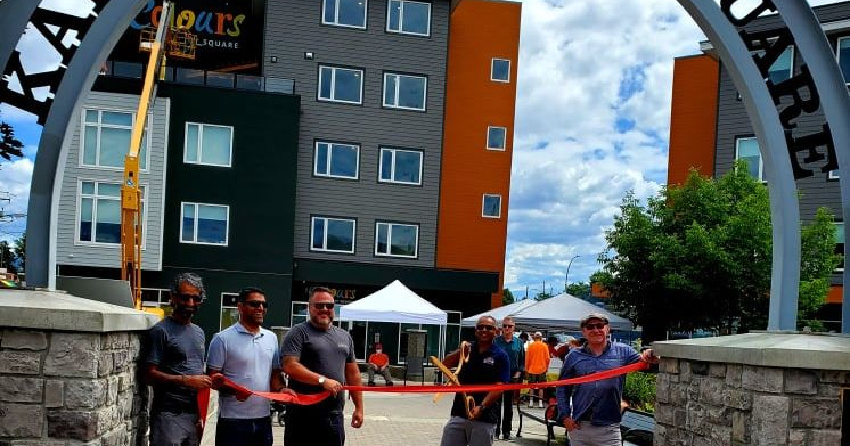 “What’s most remarkable about ARPA, in our experience, is seeing them play a vital role in creating an inclusive community involving so many different stakeholders,” said Bob Hughes, chief executive officer of ASK Wellness Society.

“We are so pleased to officially cut the ribbon to mark a new chapter for this beautiful area and the community of Kamloops.”

The statement claimed that the overwhelming success of The Station on Tranquille, Stollery Suites, and the now sold-out Colours on Spirit Square have brought economic stimulus to the area and attracted the attention of new developers.