UPDATE: Power restored to thousands of customers in Kamloops

(UPDATE: Jan. 13 @ 7 am): Power has now been restored to most homes in Kamloops, according to BC Hydro.

Fewer than 50 customers are now listed as suffering outages.

But power cuts are still affecting thousands of customers across the province.

BC Hydro has said strong winds are to blame for power outages affecting about 100,000 customers across BC this morning.

The worst-hit areas are the Southern Interior, Lower Mainland, Vancouver Island and the Gulf Islands.

Vernon is among the most seriously affected cities, alongside Abbotsford and Victoria.

"As the storm is moving its way across the province, it's causing extensive damage to BC Hydro’s electrical system due to branches and trees breaking contacting its equipment," the corporation explained.

"More outages are expected as a result of the wind. All available resources will continue to work throughout the day to safely restore power."

BC Hydro said it is also receiving reports of downed power lines.

"A downed power line is considered an emergency situation and members of the public should stay at least 10 metres back and call 911 immediately," BC Hydro said.

Head here to monitor the outages.

(Original story: Jan. 13 @ 5:40 am): Thousands of people are without power in Kamloops this morning.

An outage in two main areas is affecting over 2,000 BC Hydro customers. 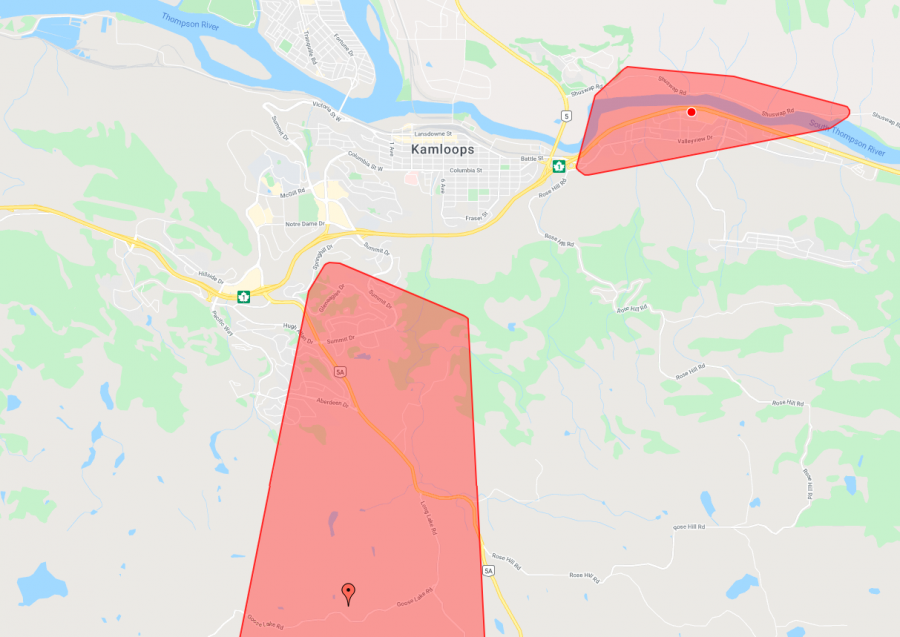 The other – east of River Street, west of Thompson Drive, North of Qu’Appelle Boulevard – is affecting 763 customers.

Both areas have been without power since early this morning.

Crews have been assigned to investigate both areas, but no estimated time for the restoration of power has been provided.

This story will be updated with more information when it becomes available.