Kamloops Fire Rescue was at the Dufferin Wetlands on Thursday, this time showing off some new equipment.

"These sprinklers are high-volume, irrigation sprinklers that evolved out of the agricultural industry," said Schoular. "They've been adapted for firefighting applications to deliver a large volume of water over a large area."

"They can be rapidly deployed in about 20 minutes or so with a crew of four firefighters. The nice thing about them is that once they are deployed and operating, we can leave them virtually unattended with a very small crew, bringing up our manpower for other areas of the city."

Each sprinkler has the potential to spray water in a 200 to 250-foot diameter. Schoular adds that the sprinklers can run off fire hydrants, engines, bladders or bodies of waters, making them very flexible. 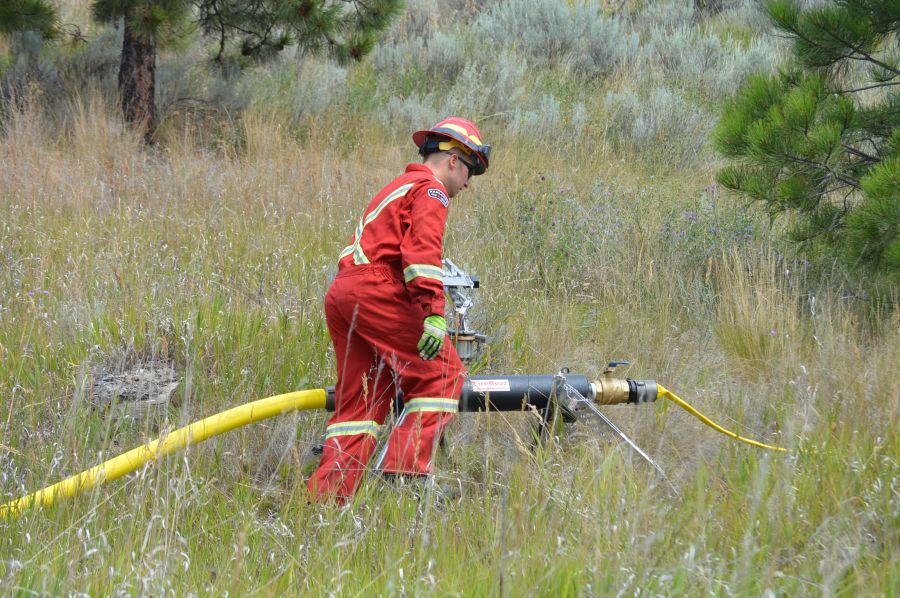 "This is huge, any homeowner that lives in an interface area, which is an area bordering a grassy area or forest area, things like that are considered the interface area, and this is used to protect that area, create a bit of a buffer to prevent any kind of encroaching wildfire from pinching onto infrastructures and houses."

"That's the beauty of this system is that we can tie into whatever water source we have available. Today for the purpose of the demonstration, we're using two City hydrants here, but we could use this pond in front of us if we wanted to. We could use portable water tanks with the use of small portable pumps and supply this system as well. We could use our engine to boost the pressure. If this hill was twice as steep as it is right now and we needed to push that water uphill, we could with the help of this engine assisting that pressure." 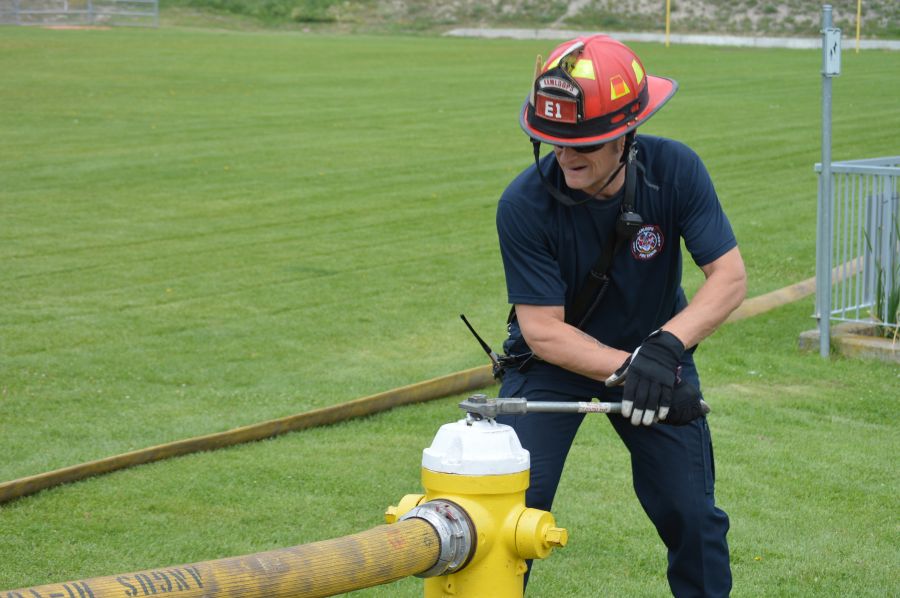 With each pump costing rough $3,800, Schoular mentioned these sprinklers would be more of a secondary system for wildfires they know are already coming. 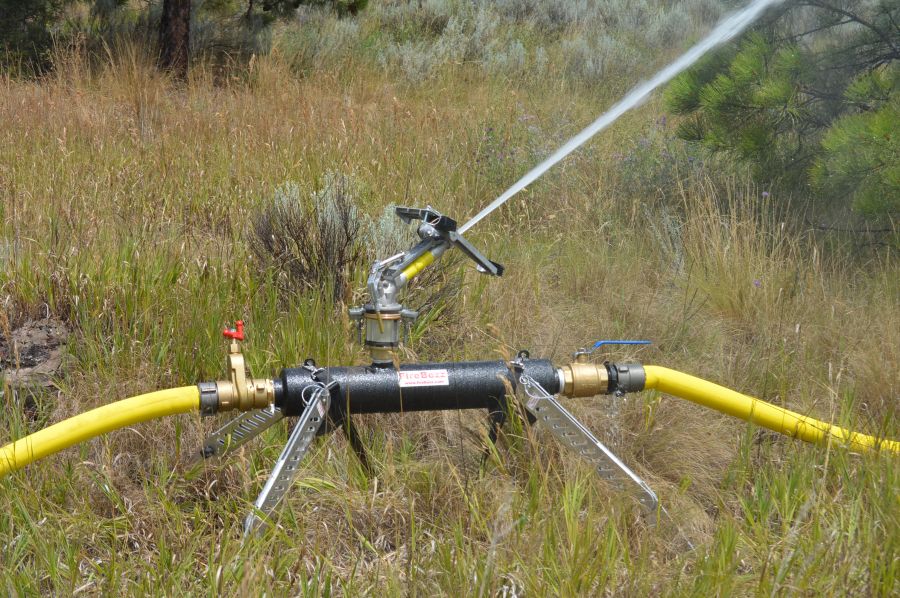 Schoular went on to say that though it is nice to have the sprinklers, it is still not enough when it comes to wildfires.

"It's never enough. We've just purchased this system about a month and a half ago, we've had it for about three weeks and we're in the process of training our crews on how to use and deploy it. We're learning as we go along, it's never enough." 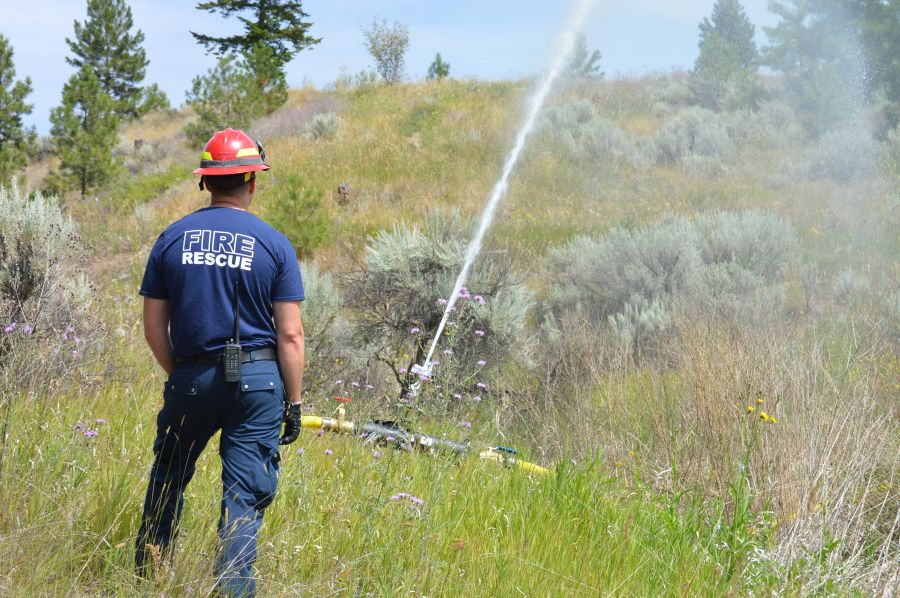 KFR is expected to purchase more sprinklers in the years to come.