'What will it take, a staff death before you listen?': Correctional officers protest rising prison violence 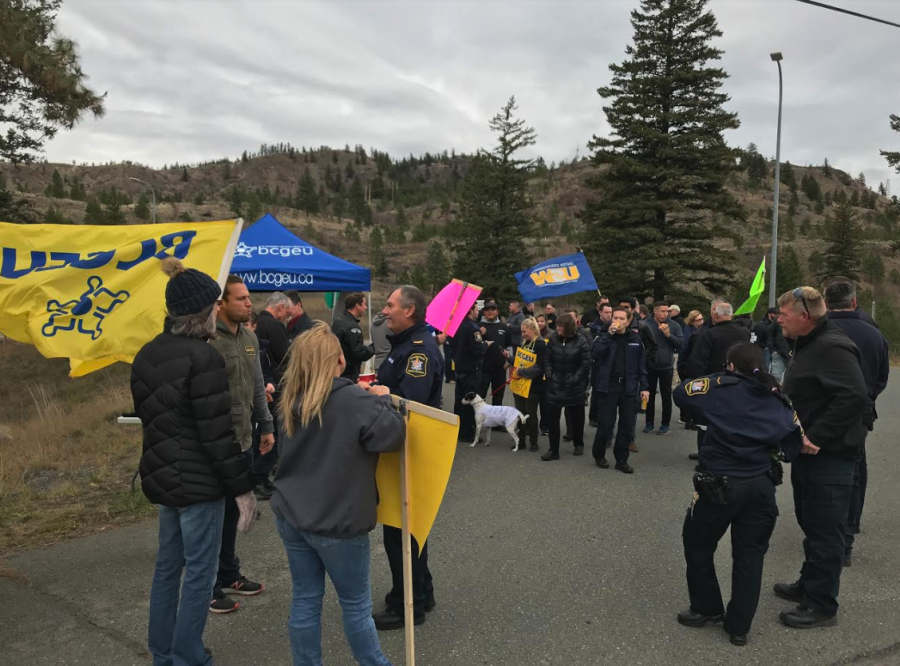 "They see everything from really bad inmate on inmate beatings, hangings, slashings, vicious assaults with edged-weapons and shanks, overdoses from inside the jails. We have a rapid drug problem, there's a lot of overdoses inside our jails province-wide. With Kamloops, the opioid crisis is not just something that's on the outside, it's on the inside as well."

Purdy adds that 14 pairs of boots were placed on the ground to show support for officers who have been assault in Kamloops. The abuse these officers go through on a daily basis was described by Purdy as "degrading." 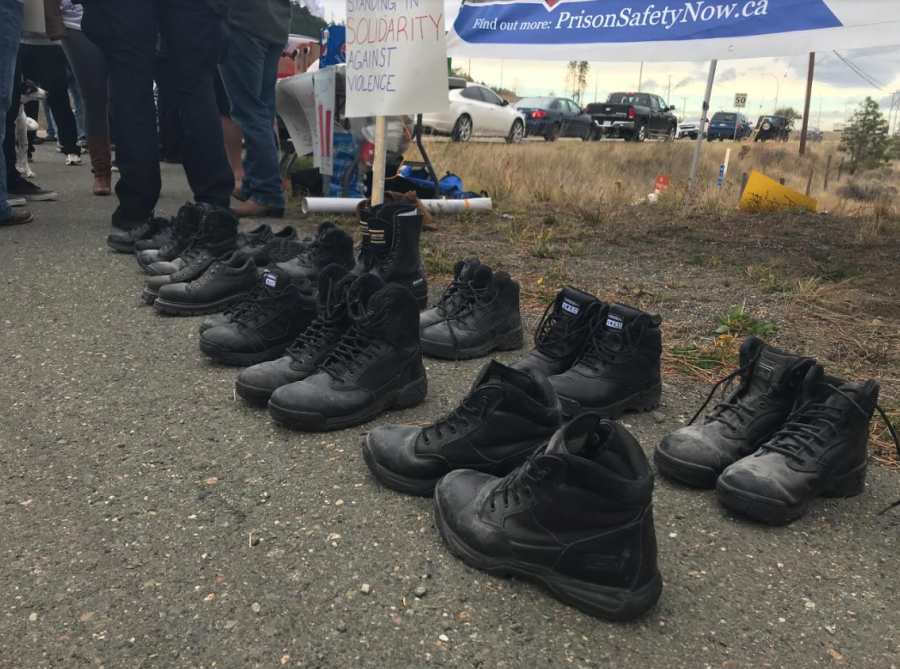 "You can see the boots on the ground, those represent the officers that are off work and haven't returned because they've been assaulted on injured on the job."

"Anything from correctional officers being sucker-punched, they come up from behind and hit from behind, having feces and urine dumped over their heads or face. Some of the most degrading assaults that you could imagine. Also pushed spit on, everything you could think of could happen inside our jails. PTSD is becoming a big issue in our maximum-security jails." 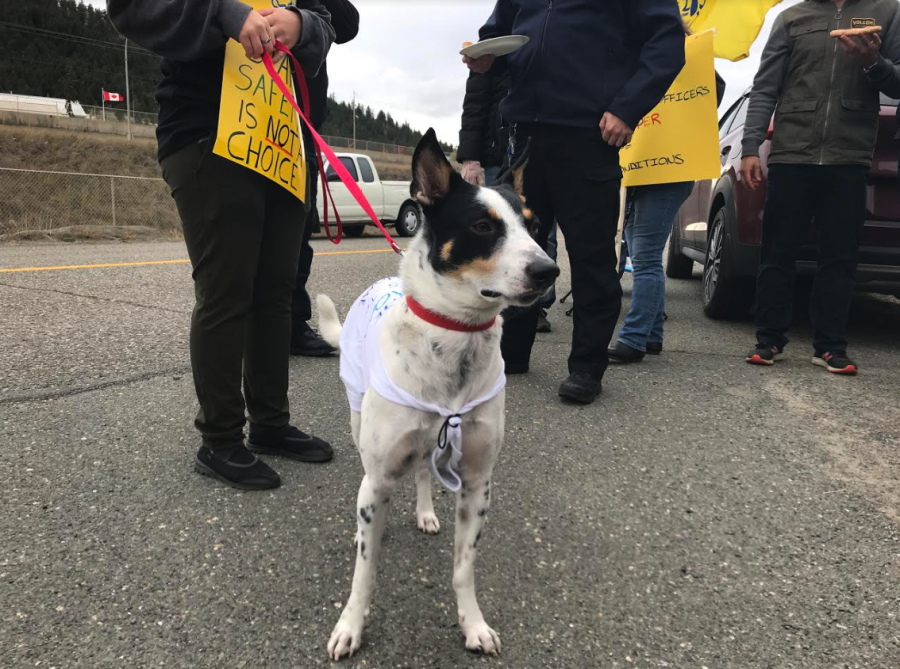 Purdy went on to say he will be speaking in meetings with the province regarding many issues, noting that bringing more correctional officers to living units at the centre was a key priority.

"It's not a matter of doubling the number of officers, we wouldn't need 400 correctional officers, it would be adding in ten more living-unit officers so you have two in each living unit. A lot of people think 'oh they want to add 200 new staff,' but that's not the case. We don't want to do that, we don't need to do that. We just need 15 to 20 to cover off the shifts and double up the number of officers in living units." 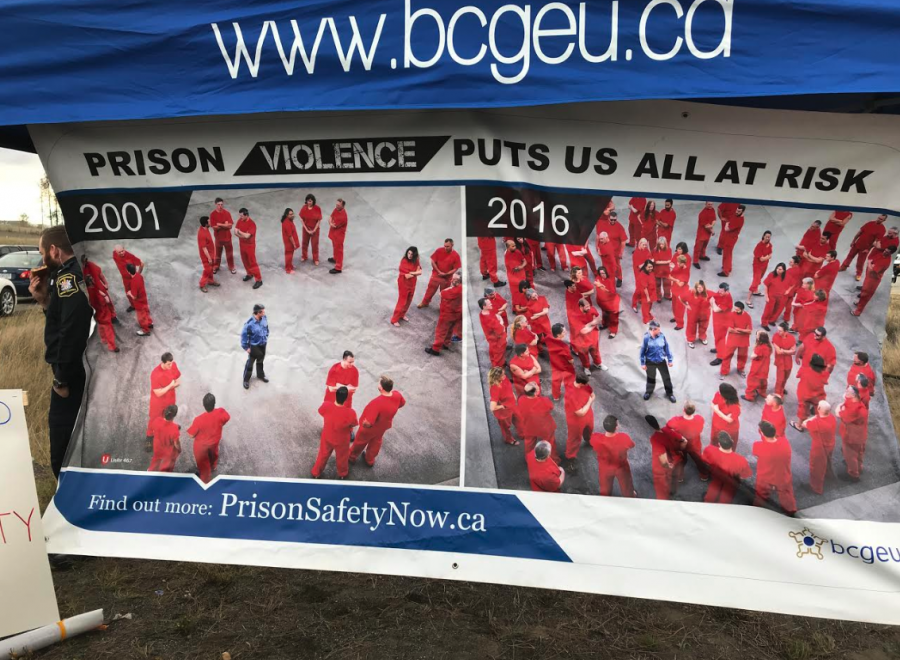 Bill Neal, a former correctional officer who was assaulted on the job, carried a sign that read "What will it take, a staff death before you listen?" His assault was in 1997 and he said it seems the jails have only gotten worse since then.

"I got called to an escort, and they told me to go down to a muster room," said Neal. " When I got down there, this fella was having a seizure... I was new and had only been on the job for about two years. I was assisting the nurse, the nurse gave this fella some kind of sugar thing, and she said he's not responding. All of a sudden he just started flailing and was kicking my leg up against the bench." 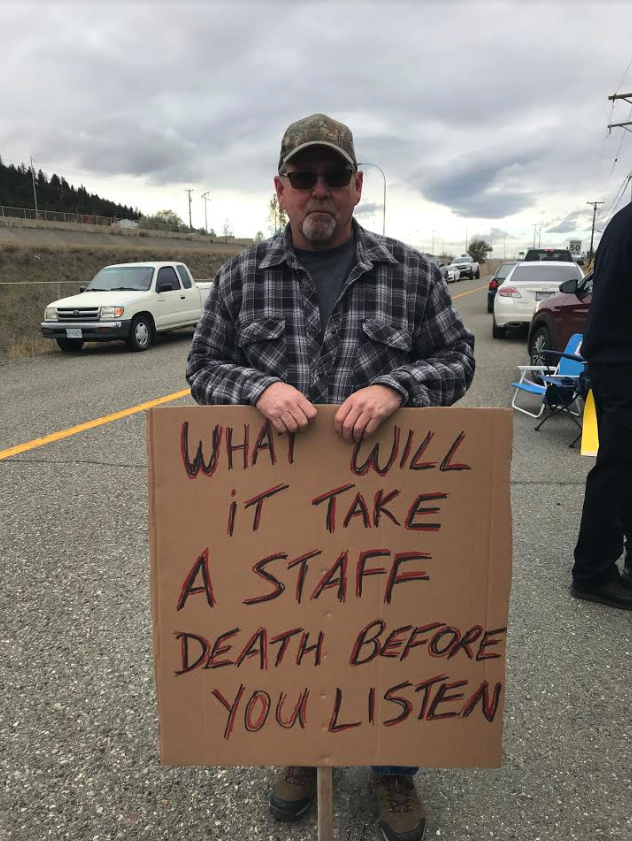 "I was off for a year and a half or better... I witnessed numerous assaults over the year, luckily I wasn't involved in them. In some ways, it looked to me like they would turn a blind eye. You know, business as usual, let's carry on." 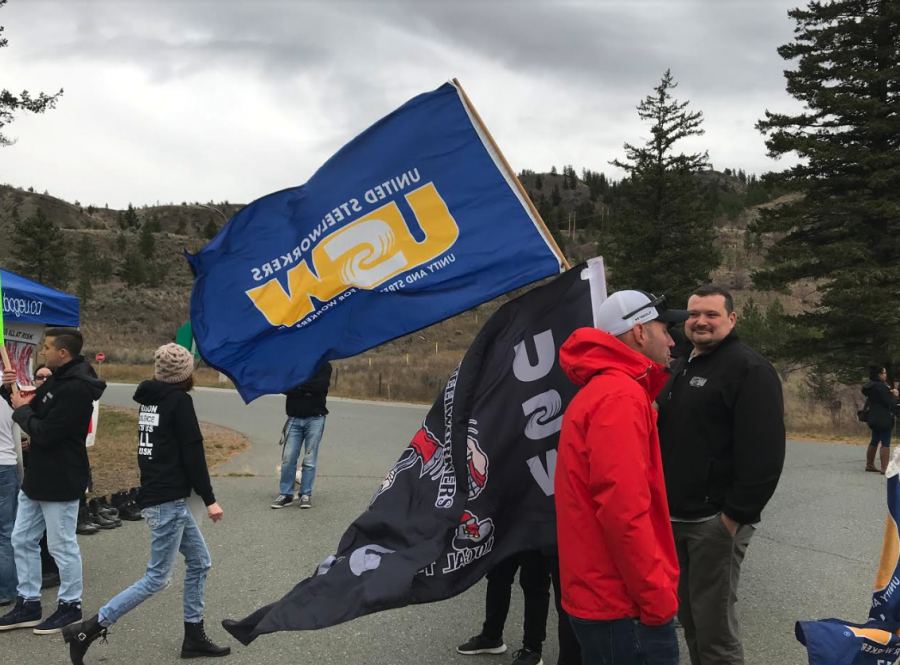