The Kelowna community is rallying behind a young family whose lives were turned upside down earlier this year.

Rayane Armbrust is a 28-year-old registered nurse who works at Kelowna General Hospital, as does her husband Taylor, an X-ray technologist.

The young couple has been together since they met at college in 2010 and got married in August 2016, but the most exciting news came in August 2019.

That’s when Rayane and Taylor announced that their family would be growing by one and in February 2020, they welcomed their first son, Bowen, to the world. 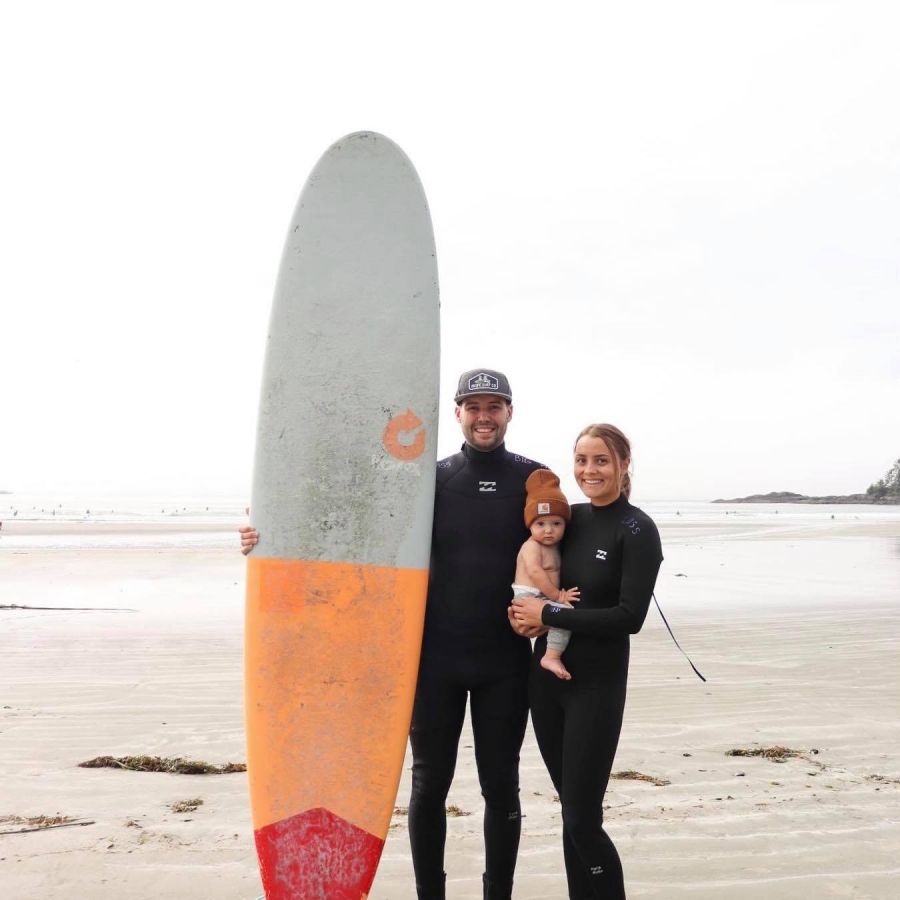 Everything seemed perfect for the for Rayane, Taylor and Bowen and this past May they got more exciting news; their family of three was going to grow again and Bowen would become an older brother.

Unfortunately, when they went for their first ultrasound and first glimpse of child number two, they were told that there was no baby and were instead floored by terrible news.

Rayane had a rare molar pregnancy, which is when tissue that normally becomes a fetus becomes an abnormal growth, which triggers symptoms of pregnancy.

Initially, everything seemed to be according to plan and Rayane's HCG levels started to decline, but then they were thrown another curveball.

Weekly bloodwork noticed her HCG levels starting to rise again and when a second surgery didn’t help solve the problem, they got the news they were dreading.

Rayane had been diagnosed with gestational trophoblastic neoplasia at just 28 years of age.

With oncologists in Kelowna and Vancouver on the case, Rayane started chemo as Taylor tried to balance caring for Bowen with household management, a full-time job and supporting his wife.

There was a lot of hope, but this month they received another blow when they learned that the single-agent chemo that looked so promising was unsuccessful.

Now, Rayane faces more time in hospital as she begins double-agent chemo to try and combat the spreading cancer and get her HCG levels to decline.

As a result, Rayane’s good friend Lauren Desrochers has started a GoFundMe campaign to support Rayane, Taylor and Bowen while they are in the fight of their lives.

Since it was created Wednesday night, around $3,000 has been raised to help the family with general expenses while Rayane focuses on her healing and Taylor focuses on everything else.

“Rayane and Taylor have always been the ones to lend a hand,” wrote Desrochers.

“Whether hard at work helping care for the sickest and often smallest (as a NICU nurse) patients at a tertiary care center or getting really personal while openly sharing their struggles so that others won’t feel so alone, they can often be found quietly serving our community.”

Desrochers asked Rayane’s colleagues at KGH to describe her in one word and the ones that came up were thoughtful, adventurous, caring, bright, charitable, nursing and genuine.

“Rayane is the human form of sunshine,” said one colleague.

“As soon as you see her you instantly feel better; you feel her warmth. She lights up a room with her vibrancy and acceptance.”

Descrochers finished the write up on the GoFundMe campaign by saying that Taylor and Rayane are simply really good people and they deserve so much love and support.

If you want to show them that love and support by donating to the fundraiser, click this link.