Police in Abbotsford have launched an investigation, following the recovery of a body in the woods.

On Friday, October 30th at around 3:10 p.m., a patrol division officer from the Abbotsford Police Department located a deceased person in a wooded area near the 30600 block of Cardinal Avenue. 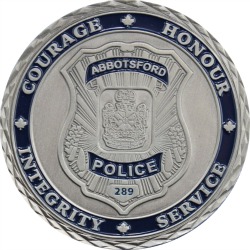 The body was found in an area that appeared to be a makeshift camp, and police believe that the deceased person had been decomposing in the woods for quite some time.

The cause of death is unknown at this time, as the body will require forensic work and an autopsy.

Abbotsford police will remain on scene for several hours with this continuing investigation.

Thu
2℃
Make Homepage Advertise with Us