According to the Vancouver Aquarium, over 40,000 plastic bags were found on Canadian shorelines in 2016.

Over 40,000 plastic bags found on Canadian shorelines in just one year… save an animal's life & use reusable. pic.twitter.com/3kYZWKZ0mw

Unfortunately, plastic bags make up only a small fraction of the overall litter washing up on Canada’s shorelines.

Indeed, the Vancouver Aquarium and the World Wildlife Fund (WWF) compiled a list of the 12 most collected items of litter found washed up on Canada’s shores in 2016. 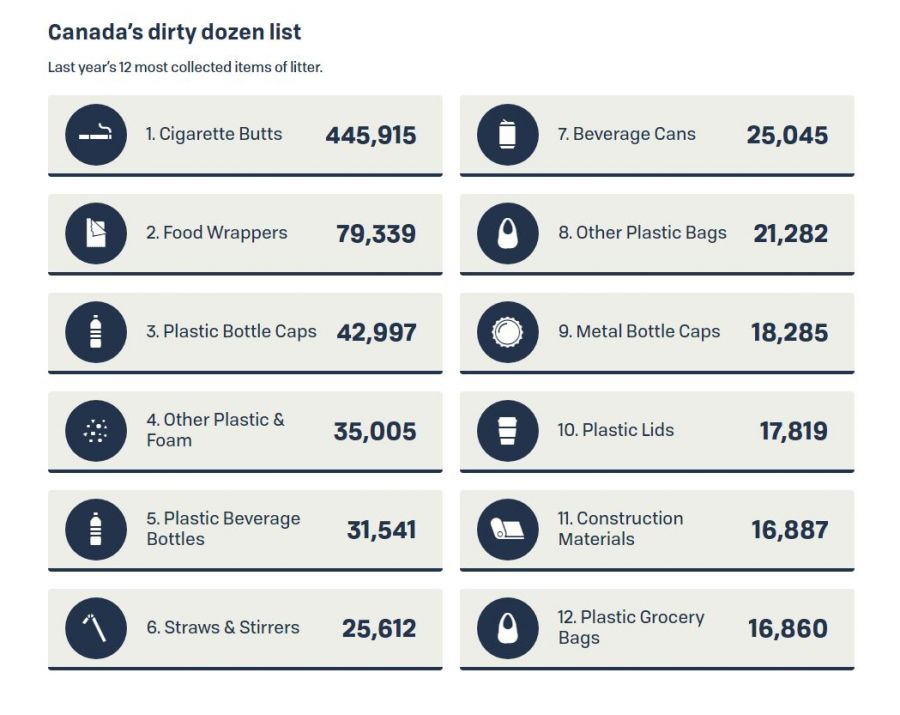 Cigarette butts topped the list of collected litter with a whopping 445,915 Butts being collected by Canadian clean up crews.

As well, the number of registered volunteers to help clean up shorelines has increased in recent years as well. In 2015 there were close 80,000 volunteers registered compared to just under 50,000 at the end of 2009.

If you’re interested in helping clean up Canada’s shores and play a role in protecting sea life, the Vancouver Aquarium and WWF recommend purchasing and using reusable materials and register to be part of a cleanup crew.

Mon
18℃
Make Homepage Advertise with Us

Dr. Bonnie Henry says leave your hairdo to the pros after ‘tinkering’ herself

3M to supply US with 166.5-million N95 masks allowing for export to Canada once again