The BC SPCA is hoping that people will join them in speaking out against the mink industry’s attempt to roll back standards on Canadian mink farms.

Geoff Urton, BC SPCA spokesperson, says the organization is opposed to the raising of mink for pelts, which are sold as luxury fashion items.

“The mink industry’s attempt to loosen their Codes of Practice, which set out minimum care standards for these animals, is regressive and out of touch with the public,” said Urton.

According to the BC SPCA, fur farm proponents have repeatedly claimed that mink farmers follow Codes of Practice developed through the National Farm Animal Care Council (NFACC).

However, in December 2020, proposed changes to the Code of Practice for Mink were released, which would roll back welfare improvements for these animals.

Changes, which are driven by the mink industry, would eliminate the 2023 deadline for larger cages and allow the use of killing methods that cause the animals distress before they die. 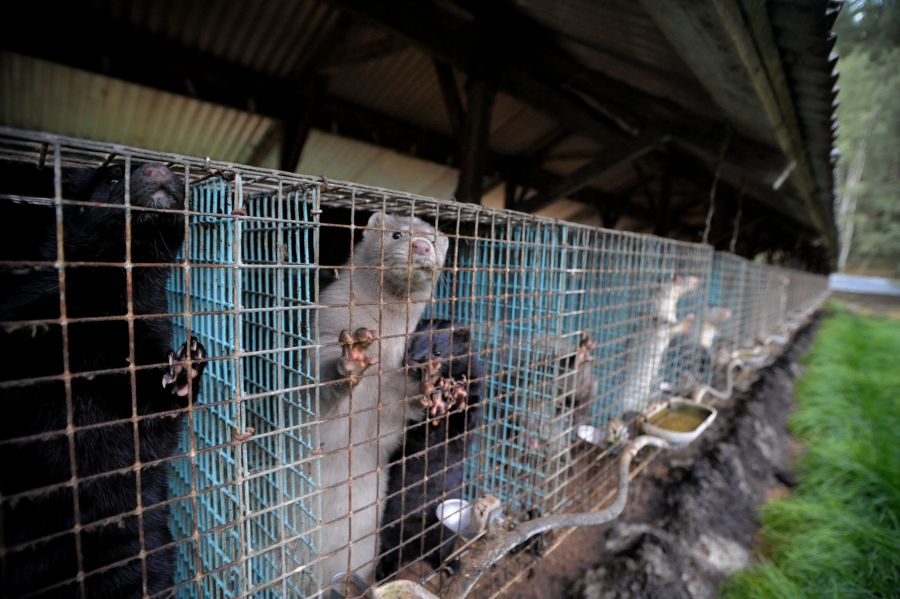 Urton says there are two main issues for the BC SPCA, which are the ongoing suffering the minks experience while being held in tiny wire cages and the continued risk to people and animals during the pandemic.

There have been COVID-19 outbreaks at two farms, which resulted in the death of more than 11,000 mink and farm staff as well.

“At a time when we know that distance helps reduce disease transmission, fur farms in Canada want to keep wild mink, who normally have a home range of several kilometers, in tightly packed cages as small as two pieces of paper,” explained Urton.

Urton added that these cage sizes are already among the smallest in the world.

If the proposed amendments to the Code of Practice are successful, mink farms across Canada could start to kill these animals by having them breathe in engine exhaust or carbon dioxide.

“This is absolutely unacceptable,” Urton said. “When we know the suffering these methods can cause to an animal, they simply can’t be allowed.”

Anyone who wants to join the BC SPCA is speaking out against the rollbacks proposed by the mink industry is urged to do so before the Feb. 4, 2021 deadline.

All the details can be found on the BC SPCA website.