BC man wants help, not charges, for woman who took his truck with son inside

A Vancouver Island man whose truck was stolen while his son was sitting inside says he wants addiction treatment for the woman, not charges.

Aaron Johnson and his 11-year-old son, Jesse, went into a Qualicum Beach gas station on Thursday “for less than a minute” and when they came out his Dodge Ram was gone.

As they walked out, Johnson says his eight-year-old son, Wyatt, was running toward him, yelling “dad, a lady just took your truck.” 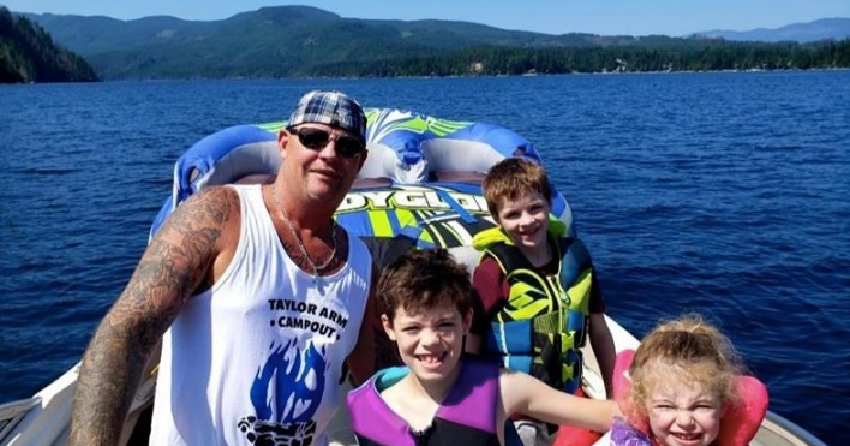 Johnson says Wyatt was sitting in the back seat and when he knocked on the window, the woman stopped and let the boy out.

By coincidence, the woman’s mother was supposed to meet her at the same gas station and the alleged thief phoned her mom on Johnson’s phone, which he also left in the truck.

Johnson says he convinced the woman to come back and give up his truck, even though she knew police were there to greet her.

She was arrested and taken to hospital and Johnson says he even called a friend who is willing to help her get into a drug treatment program.

Johnson says he told her he’d do whatever he could to see her go to treatment, not jail.

“I get it, like I said, I was in addiction for a lot of years of my life. So, I get that sometimes you make these mistakes,” said Johnson, who’s been sober for two years.

Johnson, 46, says he told the woman, who is in her mid 30s, that there was a way out, that she didn’t need to be stuck in addiction.

The woman was able to take his truck because it’s a keyless ignition system and while the keys were in his pocket, he was still close enough to allow the vehicle to start.

He admits the entire situation could have ended very differently.

“If I’d have walked out and I didn’t see my son right there and I was stuck for five minutes or 10 minutes or half an hour, would my heart be as passionate? Probably not, because I would have had a lot more fear and panic.”

Before Johnson spoke with police, he says he asked Wyatt what he wanted to see happen to the woman.

Wyatt has seen what kind of impact addiction has on his on his own family, Johnson says.

“The lifeline was given to me. So, in order to keep my sobriety, part of my duty as a member of recovery is to offer that to other people.”

It’s an offer he says he hopes she’ll accept.