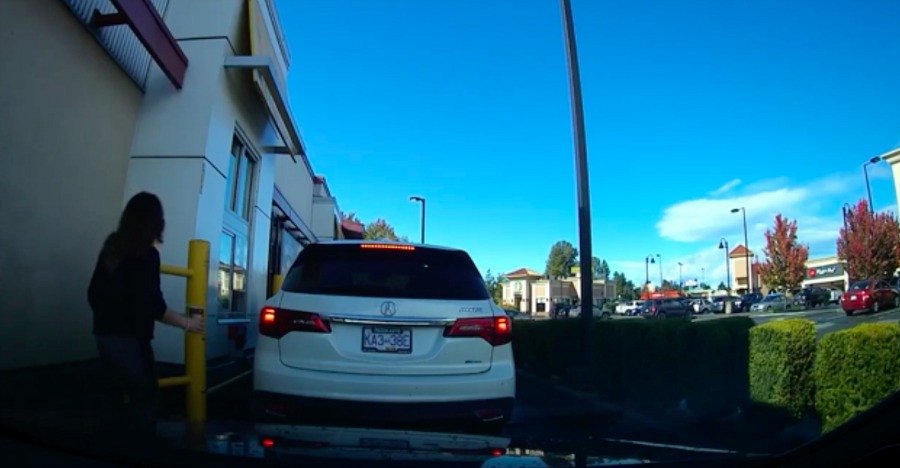 After a video of a woman throwing coffee at a McDonald’s employee was shared across social media, police say that they have had good progress with the investigation.

The incident occurred at a McDonalds in Nanaimo in mid-October.

In the video, which was recorded on a vehicle’s dash cam, an adult female throws a coffee at an employee in the drive thru window, then walks away.

“This incident struck a nerve with many and the video of the incident was shared numerous times on social media,” said Constable Gary O'Brien of the Nanaimo RCMP.

Police said that in the days following the release of the video, tips from the general public started pouring in.

“The investigators would like to thank everyone who took the time to call or email with information on a possible suspect. The information was extremely helpful as it allowed investigators to narrow the suspect pool and aggressively pursue the incident,” said O'Brien.

In the upcoming weeks, investigators expect to be forwarding their report for consideration to Nanaimo Crown Counsel.