BC property prices down on last year, with 'striking' declines in Kelowna and Vernon: survey

Property prices by square footage are down across British Columbia this year, a new survey shows.

CENTURY 21 Canada said there were “striking” declines in Kelowna, Vernon and Victoria.

Even Vancouver has not been immune to the fall, with a 7.74% decline on last year.

But BC still remains the province with the priciest property in the country. 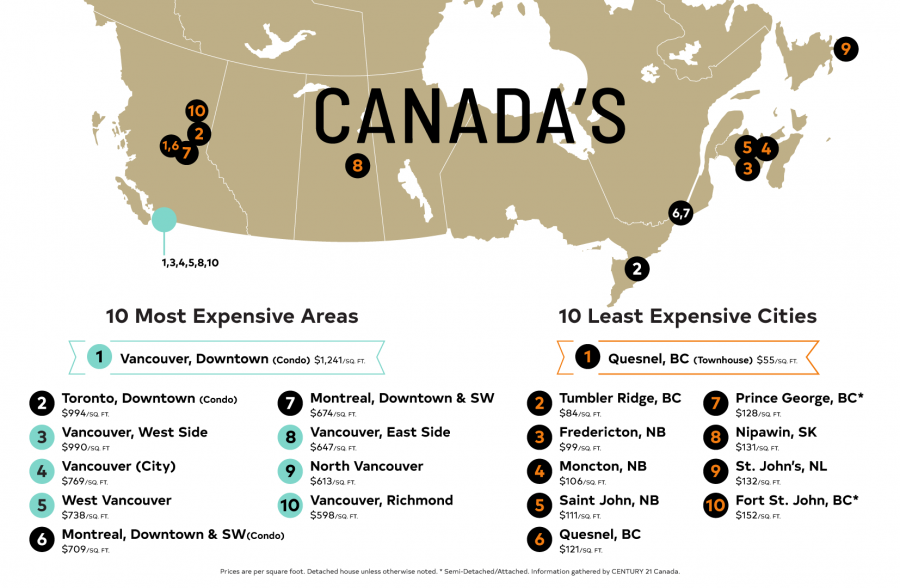 Toronto was second and Montreal sixth and eighth, but otherwise areas of Vancouver packed out the top 10.

Excluding Metro Vancouver, however, Victoria is the most expensive part of the province (at $422/sq ft). 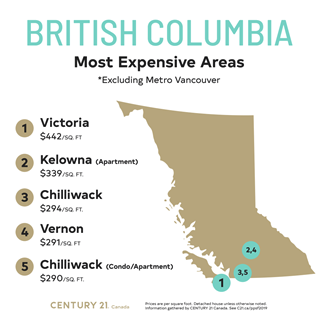 “CENTURY 21 Canada’s survey saw sharper declines in those communities than recent reports from the Okanagan Mainline Real Estate Board found because its survey included lakefront waterfront properties and homes sold in outlying areas, which are not included in the real estate board stats,” the firm explained.

Despite the falls, however, prices in the province remain extremely high – triple and sometimes quadruple what they were just two decades ago. 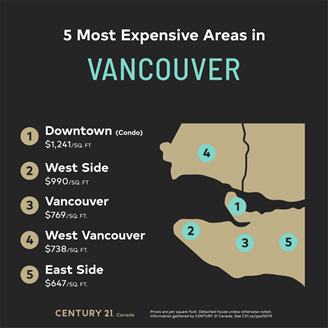 Interestingly, BC is also home to the country’s cheapest property, according to CENTURY 21.

The cheapest detached house prices in the survey were found in Tumbler Ridge ($84/sq ft).

“Even with significant declines this year, Vancouver’s downtown and West Side once again topped our list of Canada’s most expensive properties,” explained Brian Rushton, executive vice-president of CENTURY 21 Canada.

“That comes as no surprise due to many measures designed to reduce prices to make homes more affordable. What is striking in our BC data is the declines in other communities, in particular Vernon, Kelowna, and Victoria, and the variability in Metro Vancouver suburbs.”

He added: “Also, the trend we have been seeing over the last couple of years of price increases in the eastern Fraser Valley as Vancouver residents moved there to take advantage of lower prices seems to have slowed this year.”