COVID-19 restrictions extended in BC but Dr. Henry expects they can be eased by month’s end

It’s been a difficult few weeks for British Columbians, but today’s update on COVID-19 modelling from Dr. Bonnie Henry certainly showed a light at the end of the tunnel.

BC’s provincial health officer announced that we’ve seen positive trends with our case counts, hospitalizations and deaths, but we’re not out of the woods yet.

As a result, the current provincewide restrictions will remain in place for now. 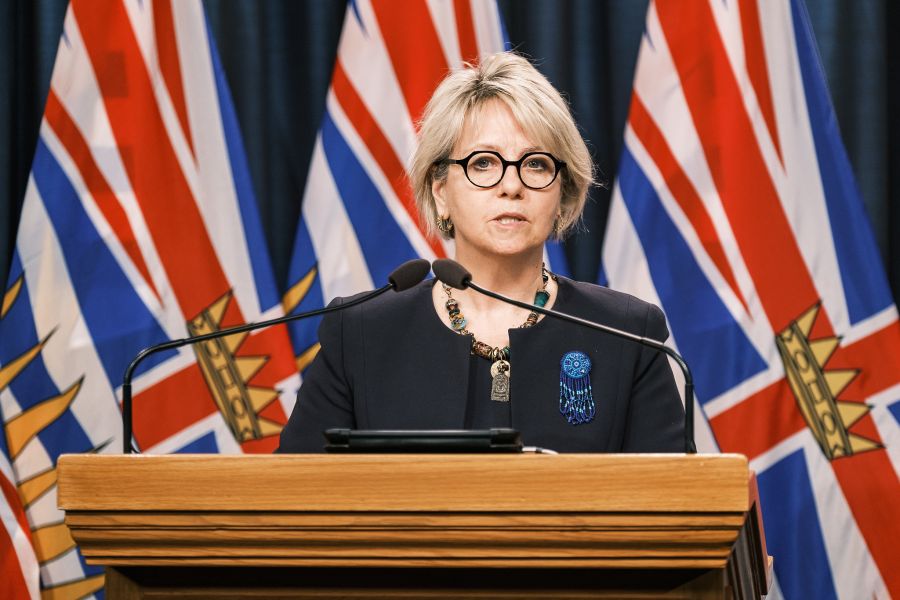 “We’ve now flattened and slowly started to decrease,” said Henry, alluding to the province’s curve. “We’re not quite there yet, but we are getting closer everyday.”

Instead, she gave British Columbians hope that, if we stay the course, the restrictions could start to be eased by the end of the month.

“We all want to get to the days where these orders can be lifted,” she said.

“Through our shared efforts, and as long as we continue on this path, we can start planning for the return of activities at the end of this month.”

Henry added that the provincial government continues to work with viaSport and will begin to put plans in place to get youth sports up and running by the end of February.

She mentioned that the same is true for in-person faith services.

Today's modelling showed that BC has made a lot of progress in its second wave and, as Henry announced last week, our curve has plateaued and is now starting to slowly decrease.

We've seen a "continuous decrease in transmission and cases" in people over the age of 80, which reflects the protection that's been provided to that demographic through immunizations.

The highest rates of transmission continues to be seen in people aged 20-29, the majority of it coming from social gatherings or workplace exposures.

The infection rates for those under 20, however, have been quite low and only 12.5% of the province's total cases have been found in school-aged children.

Henry acknowledged positive provincewide trends, especially the improvements in Fraser Health, but said that Interior Health and Northern Health continue to be troublesome spots of late.

However, she also mentioned that a number of clusters in the BC Interior that have taken off quite rapidly all "seem to be settling down now."

“We are on a good trajectory, but it could change very quickly and we could see rapid increases like we have seen in other countries and other provinces in a very rapid period of time," she explained. 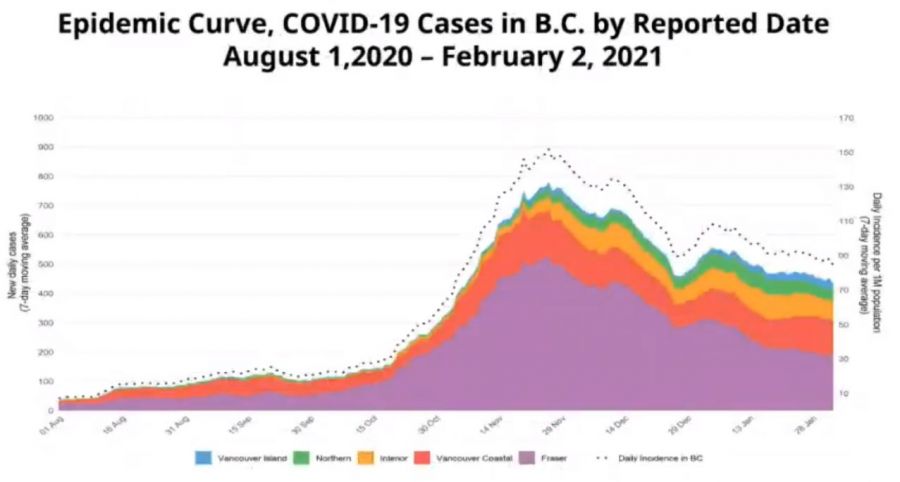 The biggest sign of improvements in BC has been the reproductive number, which defines the average number of people that an individual with COVID-19 is infecting.

That number was below one for much of 2020, but has been above that all-important mark for a number of weeks since the second wave started to take a stranglehold in November.

However, the latest modelling shows that the reproductive number is back below one, where Henry says it needs to stay.

"What the modelling and epidemiological tells us is that we’re seeing encouraging signs in BC. Our efforts are working," she said.

"Through our individual and collective efforts, the average number of new infections with each new case is now down below one, and that’s where we need to keep it."

Despite all these positive trends, the restrictions have been extended once gain because the province needs to buy time to get our immunization program back up and running at full speed.

Keeping restrictions in place for February will allow health officials to respond quickly and rapidly to any surge or increased presence of variants.