(UPDATE: August 30 @ 12:22 PM) - The St. George Coptic Orthodox Church in Whalley was the target of two arson incidents that happened in July.

The first happened on July 14, when fire damage was discovered on the front door, and the second on July 19, which completely burned down the church.

Following an investigation by the Surrey RCMP Major Crime Section, a 35-year old woman was arrested on August 26. 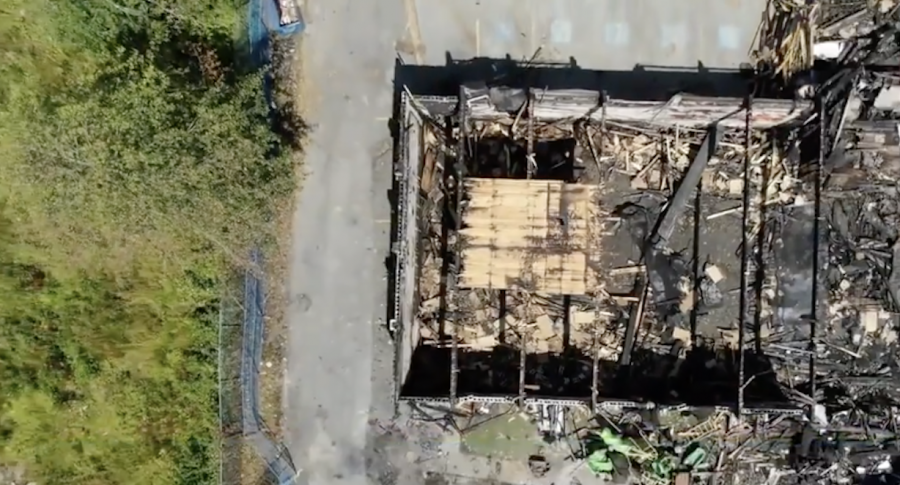 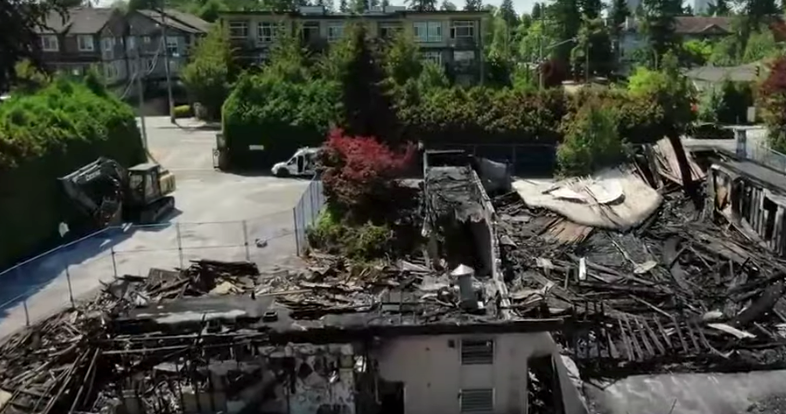 Kathleen Panek of no fixed address has been charged with two counts of arson in connection to both fires on July 14 and July 19.

“The loss of the St. George Coptic Orthodox Church has had a significant impact on members of that congregation and the greater community,” says Sergeant Elenore Sturko. “We hope that this announcement of an arrest and charges will bring some comfort to those who were impacted.”

(ORIGINAL STORY: July 19 @ 12:00 pm) - Surrey RCMP are investigating a suspicious fire that destroyed the St. George Coptic Orthodox Church in Whalley around 3 am on July 19.

There were no reports of injury but the church has been completely destroyed.

An investigation is currently underway to identify the cause of the fire, but investigators are waiting for debris to cool before work can be completed.

A separate incident was reported on July 14, as an attempted arson on the church was caught on surveillance video.

Video footage alleged that a female suspect was lighting items on fire at the door of the church and immediately left the area. She's described as a caucasian woman, 5'7” tall, with a heavy-set build, and dark hair.

The woman was seen wearing a black hooded sweatshirt, a black tank top, black tights with a flower print, and black flip flops at the time of the incident.

There is no current evidence linking these two incidents, but both are being deemed as suspicious.

Anyone with more information is asked to contact the Surrey RCMP at 604-599-0502. If you wish to make an anonymous report please contact Crime Stoppers at 1-800-222-TIP.