UPDATE: Cause of deck collapse doesn’t appear to be criminal, police say

A wedding celebration was taking place at a home when the exterior deck collapsed.

“The primary focus to this point has been on the treatment and safety of those at scene with the investigation being secondary,” the RCMP said in a statement today.

“Although the investigation into the incident is in the preliminary stages there does not appear to be any overt criminal actions that caused the collapse.”

Van Herk says police do not have detailed information on the status of those injured.

He says the RCMP stayed at the scene overnight and will remain there until the area is deemed safe.

Dozens of people were injured yesterday evening in Langley after the second storey deck of a home collapsed during a wedding celebration. 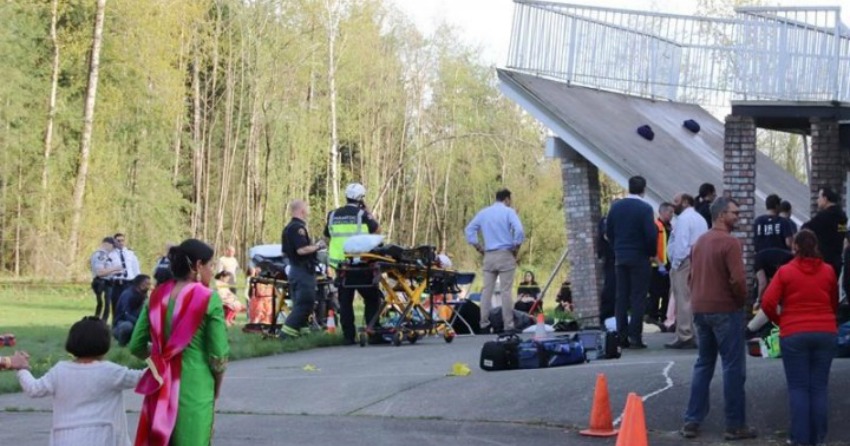 According to Cpl. Craig Van Herk, the RCMP responded to the incident along with BC Ambulance and the local fire department. They found 35 to 40 injured people ranging in age.

There were more than 100 people at the wedding celebration, however it is not known how many people were on the deck when it collapsed.

Investigators will be on the scene today to try and determine the cause on the incident.

-With files from The Canadian Press