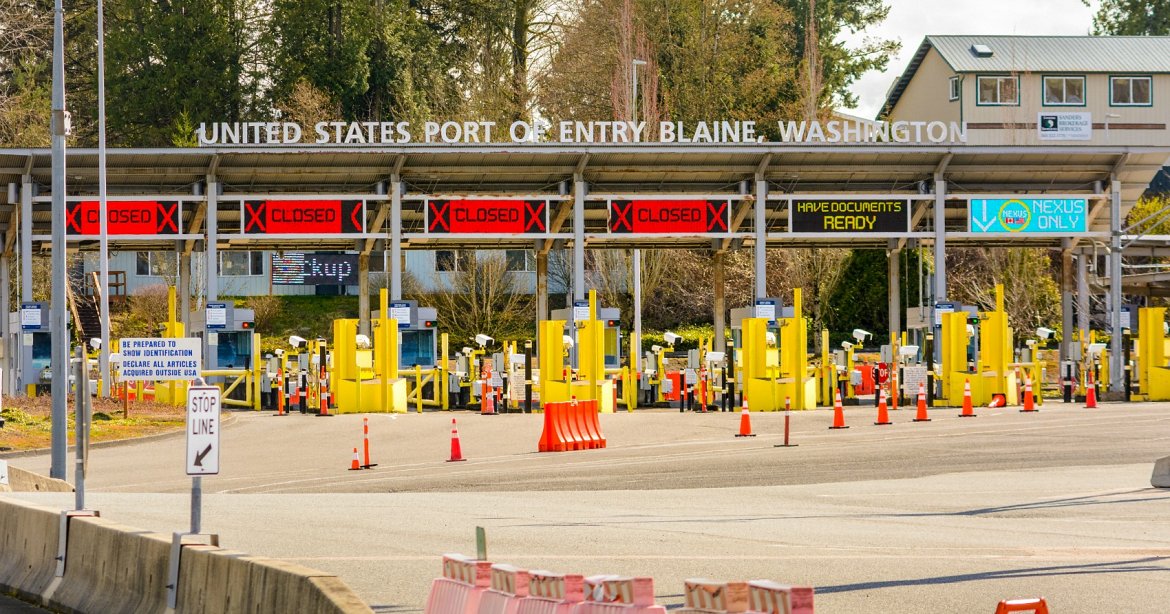 The Canadian border is closed, but many British Columbians don’t think that’s stopping Americans from coming to visit.

Lately, there’s been plenty of concern voiced on social media from BC residents who are seeing an influx of licence plates from south of the border.

Premier John Horgan shares those concerns and addressed them at a press conference at the Richmond Hospital on Thursday.

Heading to Alaska? You don't go through Port Renfrew. 🚫

We don't want to make it hard to get home - but no stopping to enjoy the sights in BC along the way.

Our int'l border is closed to visitors and we're working to keep it that way for now to protect British Columbians. pic.twitter.com/kqN8hoU23e

“If you’re heading to Alaska, you don’t go through Port Renfrew.”

Horgan, of course, is referring to what’s been dubbed the ‘Alaska Loophole’, which allows Americans to enter Canada if they’re heading straight through to Alaska.

A number of tourists who used the loophole to enter Canada were ticketed in Banff last week and it now seems that it’s being used to enter and vacation in BC.

“So we’re concerned about this phenomenon and we’re hearing about it in communities right across the province,” Horgan said.

“For 15 weeks, I’ve maintained - and others have supported me across the country - our borders need to remain closed until the United States demonstrates that they have a handle on this pandemic.”

He says British Columbians have worked so hard to get to the point we’re at and we don’t want to throw it all away for “queue-jumpers.”

“If you want to get to Alaska, we don’t want to impede you, but you should go directly,” Horgan added. “Do not pass go. Go directly to Alaska.”

Horgan said he’s raised the issue with Deputy Prime Minister Chrystia Freeland and is hopeful she’ll take it up with state department authorities.