Hwy 1 to reopen through the Fraser Canyon today

The Ministry of Transportation and Infrastructure has announced that another highway into the Lower Mainland will reopen today.

Hwy 1 through the Fraser Canyon will be open to all vehicle traffic after being closed for more than two months due to heavy rains and washouts.

Crews worked through record snowfalls, avalanche risks and cold temperatures to get another major route open to reconnect the Lower Mainland to the interior and northern regions of BC.

“We all owe a huge debt of gratitude to all of the crews and staff who have put in long hours to make the repairs necessary to reopen Highway 1 through the Fraser Canyon,” said Rob Fleming, minister of transportation and infrastructure.

“The construction and engineering accomplishments to get people and goods moving again after the highway sustained such heavy damage are nothing short of remarkable.”

#BCHwy1 through the #FraserCanyon will re-open to traffic today at noon, restoring connection on the route, which was closed due to damage from November flooding. Legal width and weight loading are in effect. Expect delays and check @DriveBC https://t.co/JUhTHokKkk pic.twitter.com/13SM8wnRBQ

However, as it was announced on Jan. 18, the highway will not be as it was and drivers should anticipate delays of up to two hours or more due to ongoing repairs, an at-grade train crossing and sections of single-lane alternating traffic.

The bridge at Jackass Mountain, which was in an area where a large section of the two-lane road was destroyed, now has an 80-metre-long single-lane bridge.

Furthermore, the highway is in a known avalanche zone and drivers will be guided through with a pilot-car for about four km.

Hwy 1 will be open for truckers with legal width and weight loading, however, loads will be limited to 25 metres in length until permanent repairs are completed on the bridge at Nicomen River.

Be sure to visit DriveBC for the most up-to-date information about potential closures. 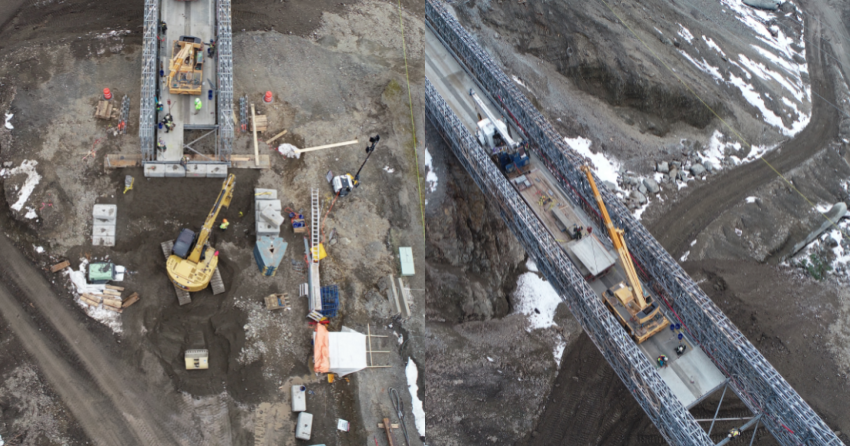