A lengthy and significant investigation into drug trafficking in British Columbia has resulted in criminal charges against seven people, including one man from the Okanagan.

It started in early 2020 and investigators quickly started to believe that those involved were suspects in an alleged large-scale drug trafficking operation on behalf of a criminal organization.

Between September 2020 and July 2021, a total of 12 search warrants were executed at locations throughout the Lower Mainland and Okanagan.

That resulted in the following being seized: 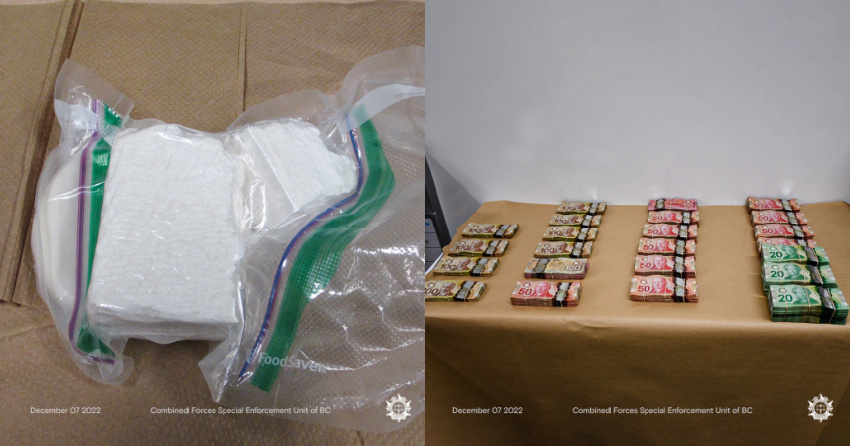 “This investigation resulted in the seizure of potentially deadly drugs, firearms, and disruption of a sophisticated drug trafficking operation securing a number of significant criminal charges,” said Manny Mann, chief officer for CFSEU-BC.

“CFSEU-BC is committed to continuing our relentless pursuit of those who pose the greatest risk to public safety in our communities as we investigate some of the most complex and resource intensive offences in the province.”

A total of 25 charges have been laid against seven people, which the CFSEU-BC said includes a full-patch member of the Hells Angels:

Five of those seven have been arrested and released on conditions as they await the court process, while arrest warrants have been issued for Roman and Lukas Tassone.