(UPDATE: April 20 @ 3:45 pm) - Three American Bulldog puppies who were stolen from a Surrey home during a break and enter earlier this month have been recovered.

One of the stolen puppies was returned to the owners on April 12 and the Surrey RCMP investigation led to the recovery of the two other dogs just four days later.

The RCMP said the owners were very grateful to get the puppies back, but judging from a photo released by the RCMP, no one is happier than the puppies' mom. 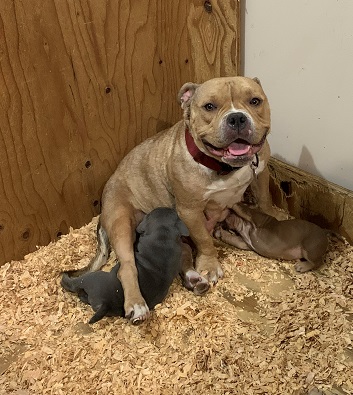 "This was a rewarding investigation for our officers," said Cpl. Dan Barrows.

"Everyone feels good about being able to return these little pups to their family, and it was made even better by the fact that we did it with help from the public."

The RCMP isn't releasing any further information regarding any suspects in the break and enter or the status of the investigation at this time.

(UPDATE: April 13 @ 11:40 am) - One of three puppies stolen from a home in Surrey during a weekend break and enter has been recovered, and it's given police a small lead on the potential fate of the two other dogs.

According to the Surrey RCMP, the recovered puppy was sold to a member of the public at a car show in Mission over the weekend.

The puppy, named Rosie, was returned to turned over to police and returned to her owners once the buyer saw media reports regarding the stolen dogs. 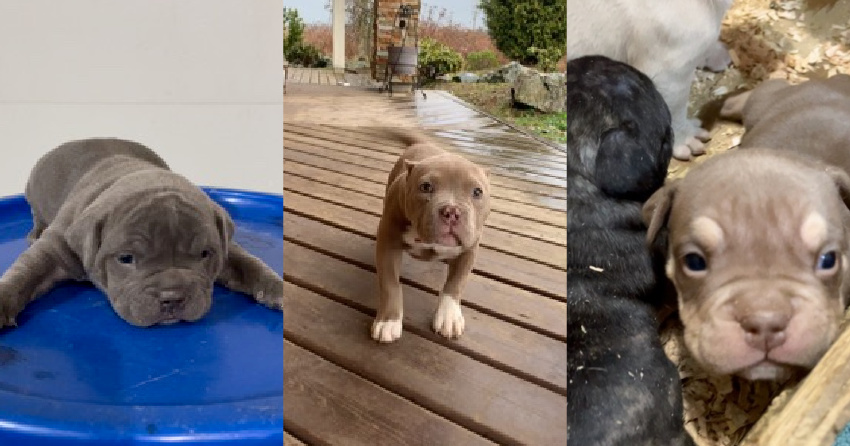 "This investigation is still ongoing and officers believe that the other two puppies may have also been sold in a similar manner," explained an RCMP release.

"Investigators are now looking for any witnesses or anyone with information to come forward."

All three puppies were stolen from a residence in the 17400 block of 8 Avenue in Surrey between noon and 4 pm on Saturday.

(Original story: April 12 @ 4:45 pm) - The Surrey RCMP is hoping that the public can help them reunite three stolen puppies with their rightful owners.

They were taken during a break and enter at a home in the 17400 block of 8 Avenue in Surrey shortly before 6 pm on Saturday.

No one was home at the time, but when the residents returned, they discovered that their three Lilac American Bulldog puppies had been stolen.

According to the RCMP, the break and enter happened between noon and 4 pm that day.

“This investigation is still ongoing and officers are now looking for any witnesses or anyone with information about this break and enter to come forward,” explained an RCMP release.

Anyone with information about the break and enter or the location of the puppies is urged to contact the Surrey RCMP at 604-599-0502.