The search for a man who disappeared while boating on a BC lake has been suspended.

According to police, 58-year-old Thomas Schrieber has not been seen since Tuesday when he went to Duncan Lake for a canoe trip. He was reported missing on Wednesday after he failed to return from his trip. 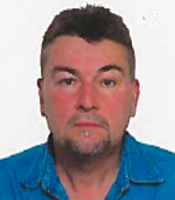 Officers continued to search the area on the land and water through Saturday with negative results. Members of the Underwater Recovery Team and Kaslo RCMP were involved in the extensive search.

The public is still urged to keep an eye out for Schrieber. He is described as a Caucasian man who stands at 6'2," weighs 196 pounds with brown hair and brown eyes.

Schrieber was last seen wearing dark grey shorts and a light grey shirt. Anyone with information on the missing man is urged to contact (250)353-2225.