The Vancouver Police Department continues to make progress in its investigation into the riot that took place at Breakout Festival on Sept. 18.

Chaos broke out at PNE after headliner Lil Baby cancelled his set, which was meant to wrap up the two-day music festival, at the last minute.

On Nov. 1, the VPD identified 10 main suspects from the riot that caused an estimated $300,000 in damage and quickly identified seven of them. 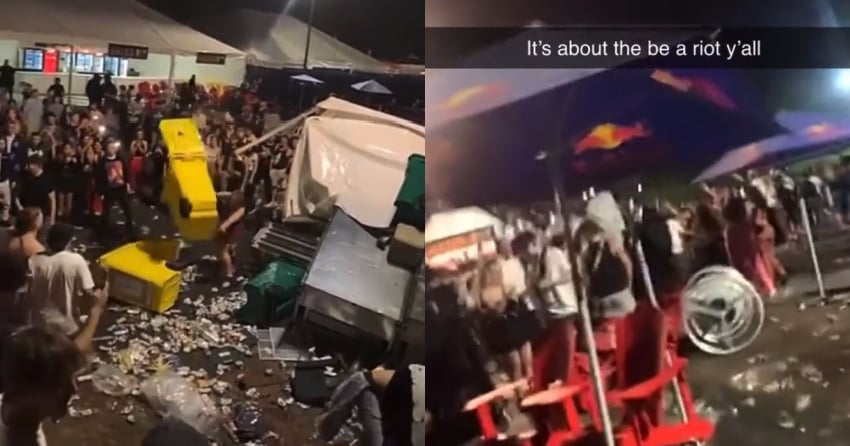 Cst. Tania Visintin noted that some of the suspects turned themselves in after seeing their pictures online.

Police are hoping to have the same success again as the VPD has released photos of 15 more suspects from the riot and hopes the public can help identify this latest group of people.

“With tips from the public, we’ve already identified several people who participated in dangerous and destructive behavior during the Breakout Festival riot,” Visintin said.

“Now, we’re again asking everyone to look hard at these newly released pictures to help us hold these additional suspects accountable.” 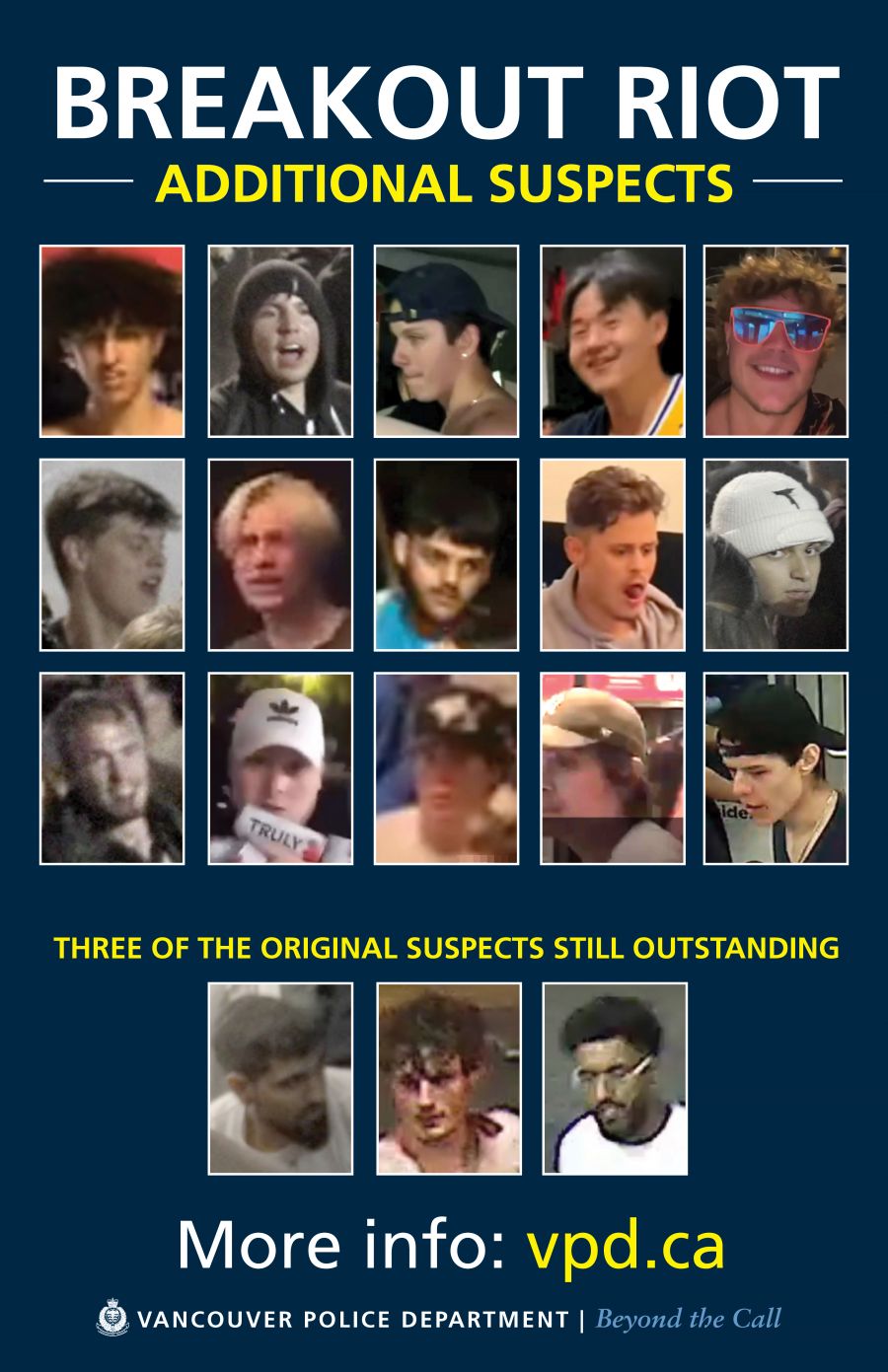 You can view photos of the 15 new riot suspects on the VPD website and there’s an online submission form for people to help investigators with tips and identification.

“The PNE is very appreciative of the attention and focus the Vancouver Police Department has brought to this investigation,” said PNE spokesperson Laura Ballance.

“We continue to provide any assistance we can to aid VPD in their investigation, and encourage anyone with information on this latest group of suspects to come forward.”