A UBC Okanagan study has found that a herd of mountain caribou is rising in number, despite caribou populations declining across the country.

The research conducted by Dr. Clayton Lamb, Carmen Richter and Dr. Adam T. Ford in the Irving K. Barber Faculty of Science shows that Klinse-Za caribou of central BC have tripled their numbers in less than a decade.

"We have an Indigenous-led conservation effort to thank for averting the looming extinction of this herd,” said Dr. Lamb, a Liber Ero Fellow.

“The population was declining rapidly—a West Moberly Elder once described the herd as a ‘sea of caribou,’ but by 2013 it had declined to only 38 animals.”

The herd count currently sits at more than 110. 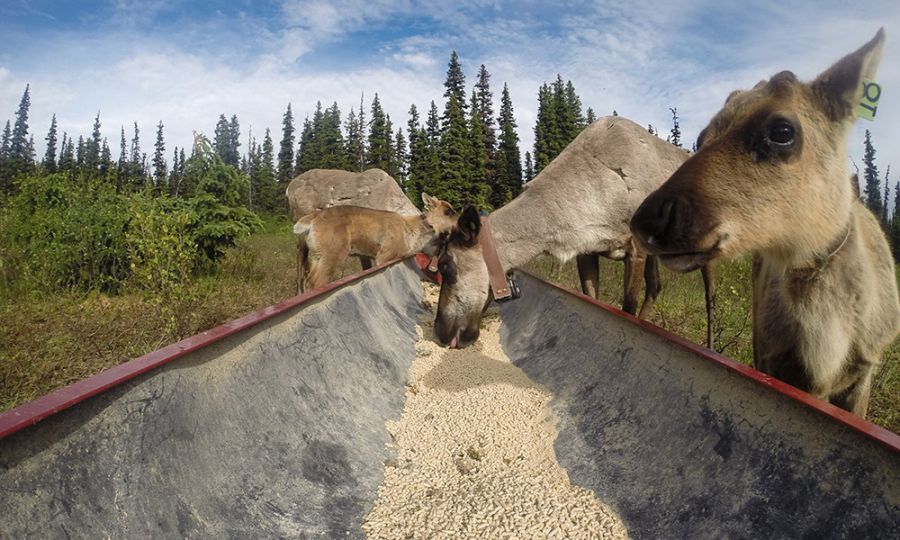 “Each year, community members pick bags and bags of lichen to feed the mother caribou in the pen while other members live up at the top of the mountain with the animals,” she explained.

Dr. Ford, Canada Research Chair in Wildlife Restoration Ecology, admitted that more time and effort is needed for the Klinse-Za to fully recover.

“This is truly an unprecedented success and signals the critical role that Indigenous Peoples can play in conservation,” he said.

“I hope this success opens doors to collaborative stewardship among other communities and agencies. We can accomplish so much more when working together.”

Many populations have already been lost, as caribou numbers in Canada have declined more than 40 per cent in recent decades, largely due to human activity.

More information can be found in UBCO’s press release.