(UPDATE: May 16 @ 3 p.m.) - The District of Okanagan-Similkameen has rescinded its evacuation order after firefighters announced the Richter Creek wildfire is 100% contained.

The BC Wildfire Service explained that, due to successful work yesterday, the fire is currently being held.

"This indicates that sufficient fire suppression action has been taken so that the fire is not likely to spread beyond existing or predetermined boundaries under the prevailing and forecasted conditions," the service announced. 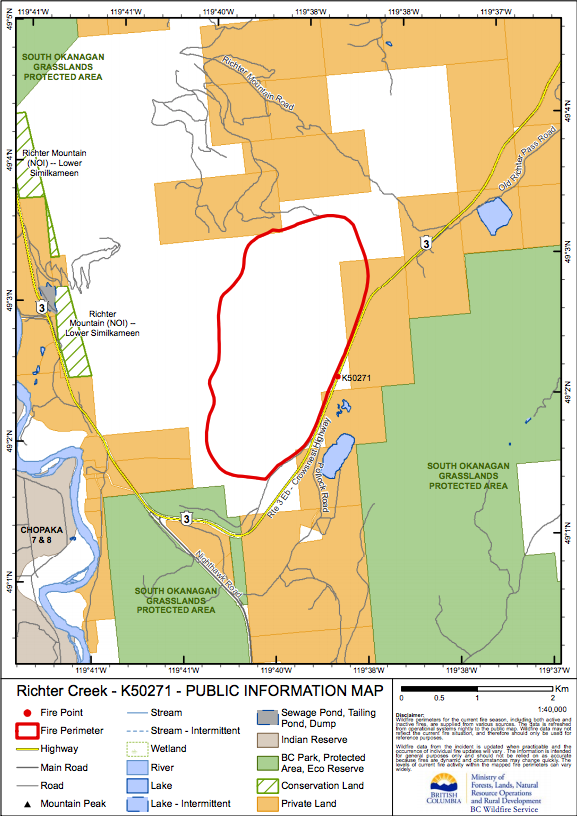 They earlier explained: "As the fire is now in more workable terrain, the crews will continue with direct attack off the control lines."

This morning, the BCWS said the fire benefited from overnight rain.

According to BCWS the wildfire has now affected an estimated 507 hectares of land, but the increase follows successful controlled burns meant to keep the growth at bay.

The controlled burn was initially planned for 160 hectares but due to fire activity at the time it was reduced to 100 hectares of land. 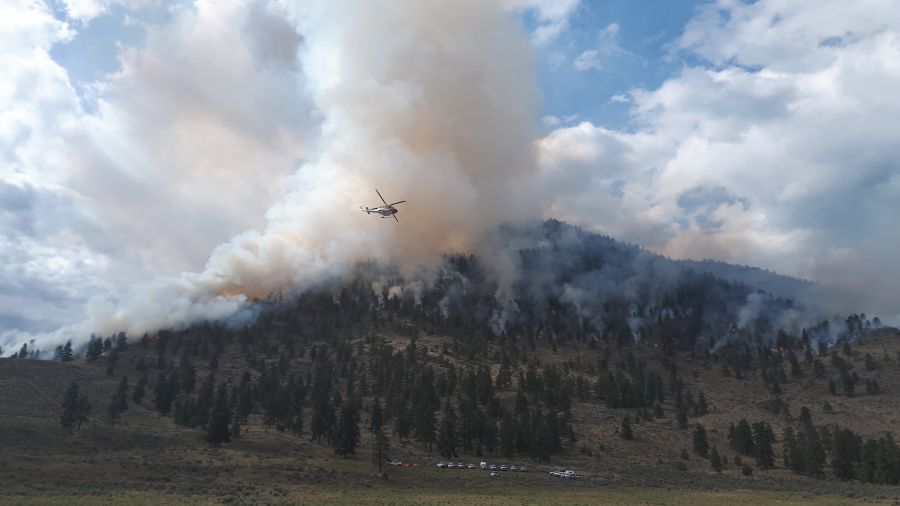 "The crews completed a successful planned ignitions on the northwest and south flanks which increased the containment of this wildfire to 80%. This controlled burn brought the fire down from the steep slopes to the established control line completed the day before," says a BCWS update.

Crews will also have an easier time fighting the fire as the terrain has been made more workable by the planned ignition.

Planned ignitions have been completed on the Richter Creek wildfire near #Osoyoos. #BCWildfire crews will continue to work through the evening and into the night. This fire remains listed as a Wildfire of Note. More info: https://t.co/2fYaiDRQZe pic.twitter.com/zxoF74agzL

There were 75 firefighters attacking the fire today with the assistance of four helicopters.

Four firefighters are set to stay at the site overnight and monitor the fire's behaviour.

(UPDATE: May 15 @ 11:05 a.m.) - The BC Wildfire Service has sent additional crew to help battle the Richter Creek wildfire near Osoyoos.

There are now 59 firefighters on scene with four helicopters, which is two more than on Tuesday, assisting as well. 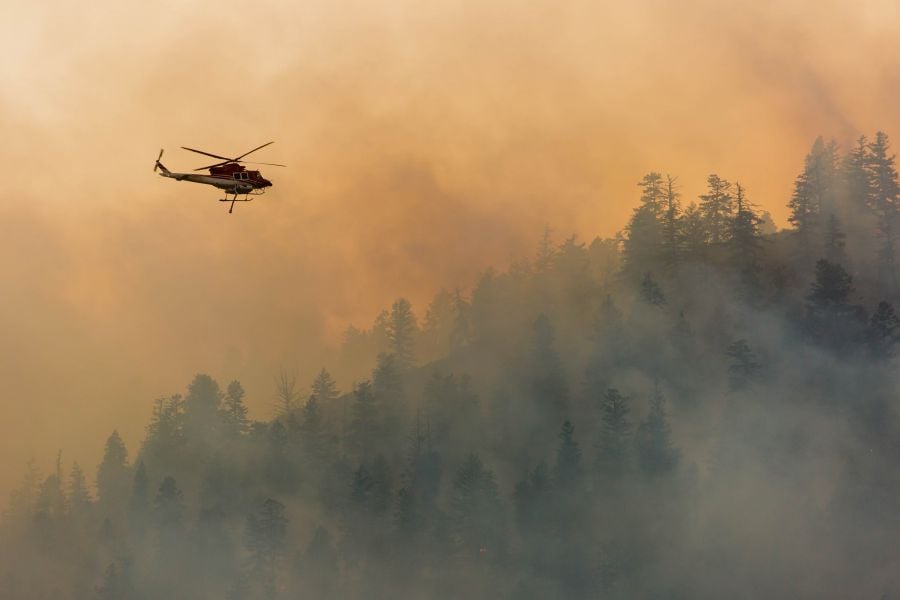 The fire, which is about about 12 kilometres west of the town, has remained at an estimated 400 hectares overnight.

Crews worked overnight to try and contain the fire and an Incident Management Team is transitioning into the South Okanagan to oversee the fight against the "out of control" fire.

"Weather conditions permitting a 160-hectare planned ignition will be implemented on the north and west flanks of the fire in order to burn out existing fuels and bring the fire perimeter down to safer workable terrain for ground crews," says the latest information from BCWS.

BCWS says there are still additional personnel en route to assist with the blaze.

The fire remains out of control and is being actioned by 40 firefighters along with two helicopters. 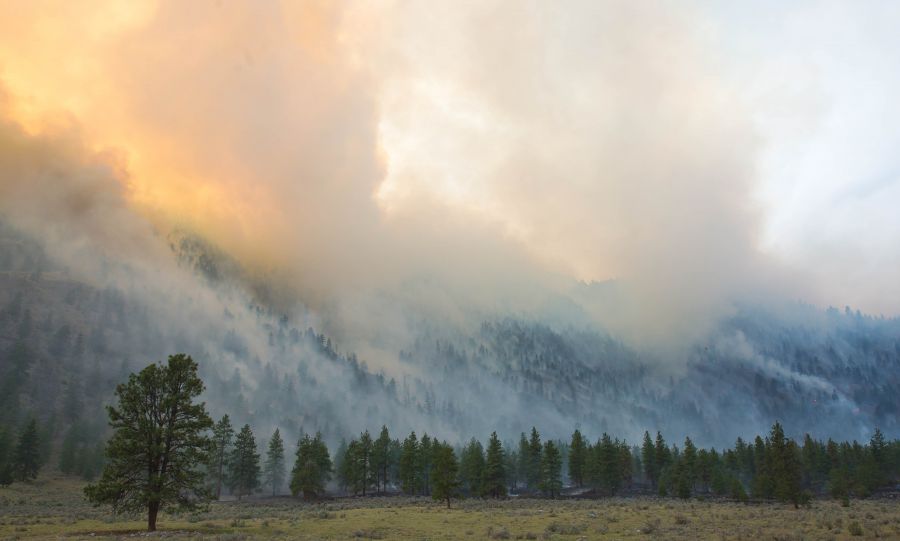 BCWS has requested additional firefighters and notes that the "number of resources dedicated to the fire will continue to increase over the coming days."

They are expecting at least 40 firefighters to join the fight tomorrow, with hopes for more.

At least one crew is expected to stay overnight at the fire, with many members anticipated to stay late into the night.

Richter Creek is currently the largest wildfire in BC, according to recent updates. 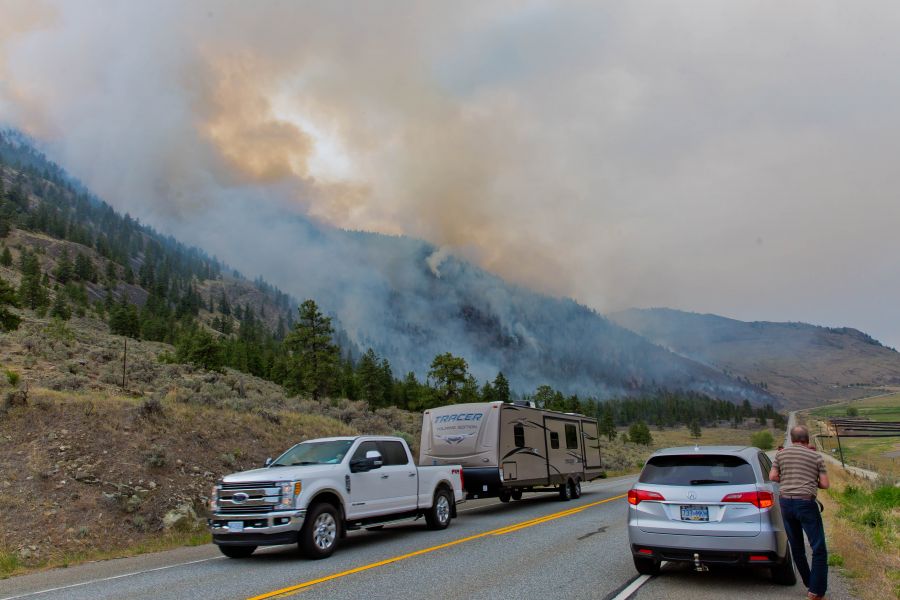 As a result of its growth, 13 more properties have been added to the list of properties under evacuation alert as of 4:30 p.m. on Tuesday, now totalling 14 properties.

EOC Update: May 14, 2019 4:30 pm An Evacuation Alert has been issued by the Regional District of Okanagan-Similkameen Emergency Operations Centre (RDOS EOC) for 13 properties due to the Richter Creek wildfire. https://t.co/OmzdlpSFTa @BCGovFireInfo pic.twitter.com/1WkIGIYW1O

Environment Canada is forecasting a 70% chance of showers with a risk of thunderstorm for Tuesday night in Osoyoos.

According to fire information officer Hannah Swift, 40 crew members, with more on the way, are battling the "out of control fire." 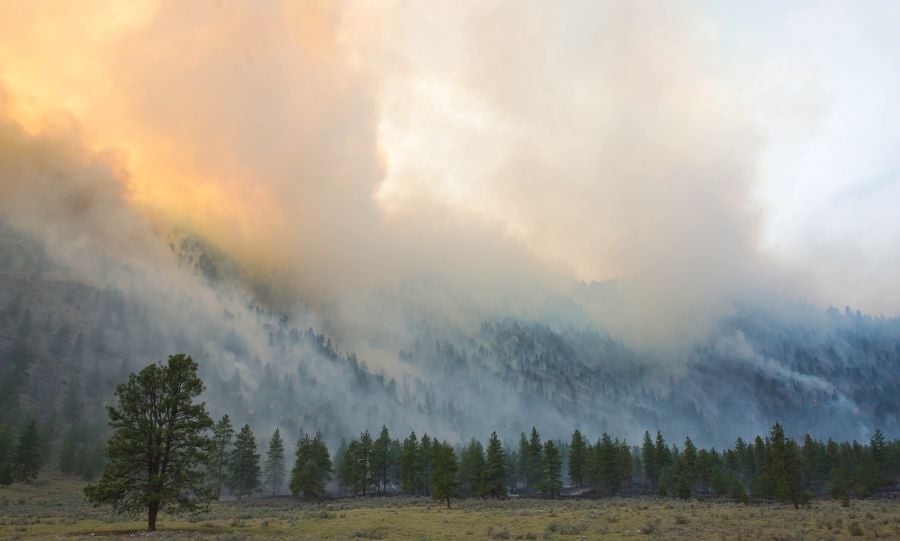 Swift explained that the fire was accidentally started from an overturned vehicle in the grass.

At this time, an evacuation alert has only been given out to one resident in the area. 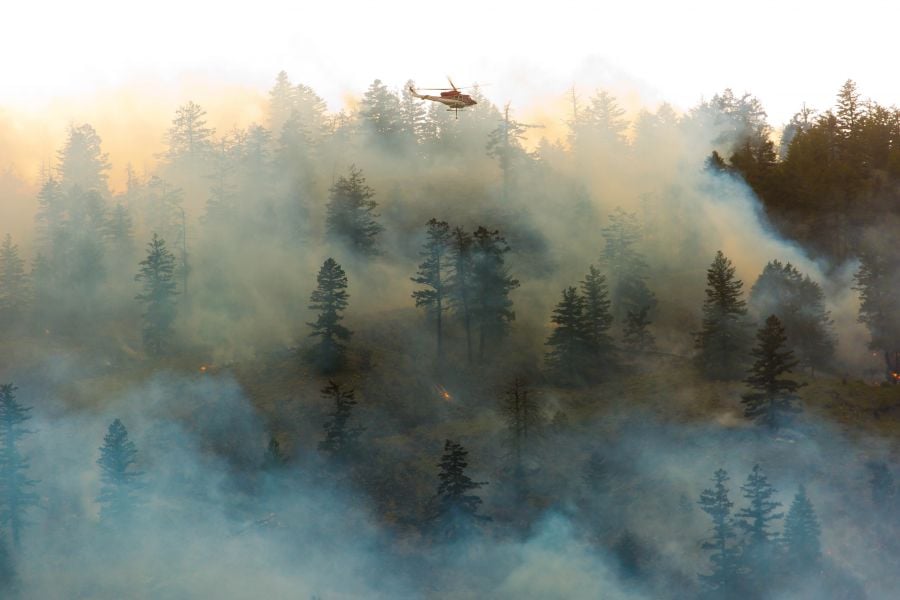 (UPDATE: 7:45 p.m.) - One residence has been placed on evacuation alert as a result of the encroaching Richter Creek wildfire, which has more than quadrupled in size since the last BCWS update.

The Richter Creek wildfire has grown to 80-hectares in size, and is expected to grow, says Hannah Swift, BCWS fire information officer.

"We're getting reports of an aggressive surface fire moving quite quickly through the grass, [it is] mostly grasslands," she said.

The Regional District of Okanagan-Similkameen issued the evacuation alert at 6 p.m. on Monday for a residence at 25451 Highway 3 located in Cawston, BC.

"An Evacuation Alert has been issued to prepare the property owner to evacuate the premises or property should an Evacuation Order be issued," it read.

"The property owner will be given as much advance notice as possible prior to an Evacuation Order, however limited notice may be provided due to changing conditions."

RCMP are on-site and although roadways remain unaffected, drivers should remain cautious due to the amount of smoke in the area.

There are 28 personnel at the fire who will work into the evening with at least three firefighters set to stay on-site overnight to monitor the fire.

The Richter Creek wildfire is now estimated to be 80 ha. 2 helicopters and 28 #BCWildfire personnel are on site. @EmergMgtRDOS has put an Evacuation Alert in place. Further details on this alert here: https://t.co/LSXlSodiMz #Osoyoos pic.twitter.com/McRdDqwbwM

More resources have been requested to help fight the fire, which remains out of control.

(UPDATE: 3:20 p.m.) - The wildfire 12-kilometres west of Osoyoos is being called the Richter Creek wildfire by BCWS personnel.

According to Hannah Swift, BCWS information officer, the 10-hectare wildfire is being reported as an "aggressive surface fire" which is moving quite quickly. The Richter Creek wildfire remains out of control.

There are 28 personnel currently fighting the fire, with one helicopter replacing the air tankers, which were on-site earlier Monday, but due to significant amounts of smoke being released from the fire, they have left.

Another helicopter is set to provide additional support soon.

The fire is suspected to have been human caused, but suspicions have not been confirmed.

No structures are threatened at this time and the fire is believed to not be affecting roadways.

Crews are on-site, with assistance from both helicopter and air tankers, battling the fire which is estimated at 15-hectares in size.

No structures are threatened at this time, BCWS reports, and smoke is visible from Osoyoos and Hwy 3.

Crews from #BCWildfire Service with air support are responding to a wildfire 12km west of #Osoyoos.

The wildfire is estimated to be 15 hectares in size.

There are no structures threatened at this time. Smoke will be visible from Osoyoos and #BCHwy3 pic.twitter.com/fp7OKIsszl

NowMedia will update this story as more information becomes available.