According to the club, Edmonton-native Hannah Clarke officially committed to the roster this morning. She becomes the eighth recruit the WolfPack have signed for the upcoming Canada West season.

"For many years now, it’s been my dream and ultimate goal to play university soccer,” said Clarke. “Originally, I reached out to many schools but it didn’t take long for my list to narrow and for certain schools to rise to the top of my list. Thompson Rivers was one of those schools. It has a great avenue for sports psychology and it's super cool and exciting that the women’s soccer program is being reshaped." 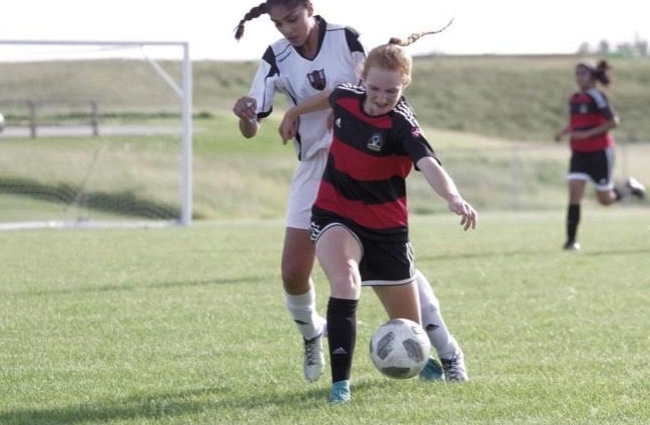 The 5'3" fullback believes her main strength is her ability to join the attack. She was drawn to TRU for the chance to learn from a dynamic coaching staff.

"I was also drawn to the TRU program because of its coaching staff. First, I met coach Bell at a tournament in Kamloops. I thought he was very nice and approachable. Then, at the Shawnigan Lake ID camp, I was fortunate to be coached by coach Pennington several times throughout the week. I really like his coaching style and he ended up being my favourite coach at the end of the week.”

"U SPORTS has so many talented and experienced players and as I transition from youth/women’s soccer to University level soccer there will definitely be adjustments made to my game. For example, I know that the speed of the game increases at this level and I can imagine that I will have to learn to adjust to the tempo."

Thu
10℃
Make Homepage Advertise with Us

Move to Canada? A pipe dream for some Americans is a parachute for Canadian expats

Suspect in double homicide in Calgary believed to be in BC